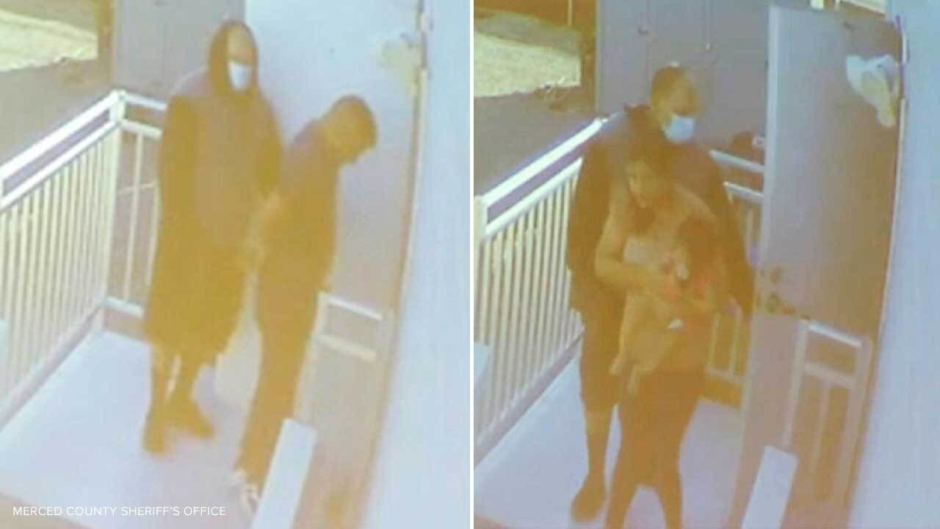 California police have captured a person of interest in Monday’s unsolved kidnapping of a family of four.

Jesus Salgado, 48, is in critical condition after he allegedly attempted suicide prior to his apprehension in Merced on Tuesday. Despite this, investigators have been unable to locate 8-month-old Aroohi Dheri, her parents Jasleen Kaur, 27, Jasdeep Singh, 36, and her uncle Amandeep Singh, 39, according to the Merced Sun-Star.

A day before Salgado’s capture, the family was reportedly abducted at gunpoint from their new trucking business in Merced. Footage released on Wednesday shows Jasdeep and Amandeep Singh leaving the establishment with their hands bound with zip ties. Moments later, Kaur is seen carrying her infant daughter out of the building, according to KFSN.

In the newly-released video, the suspected kidnapper is also seen leading the mother and daughter to a truck.

On Monday, Amandeep Singh’s car was found on fire in Winton. His family reported their disappearances the same day after they were unable to get in contact with them.

The Merced Sun-Star reported that one of the victims’ ATM cards was used in Atwater on Tuesday. CCTV footage from the bank captured a person who resembled the kidnapping suspect.

According to KFSN, Salgado’s family reported him to police after he revealed he was involved in Monday’s kidnapping.

No motive has been disclosed, but the Merced County District Attorney’s Office said Salgado held people against their will in December 2005.

The victims were unharmed in that case, but Salgado was charged with home invasion robbery with a gun, witness intimidation, and attempted false imprisonment. He was released from prison in 2015.