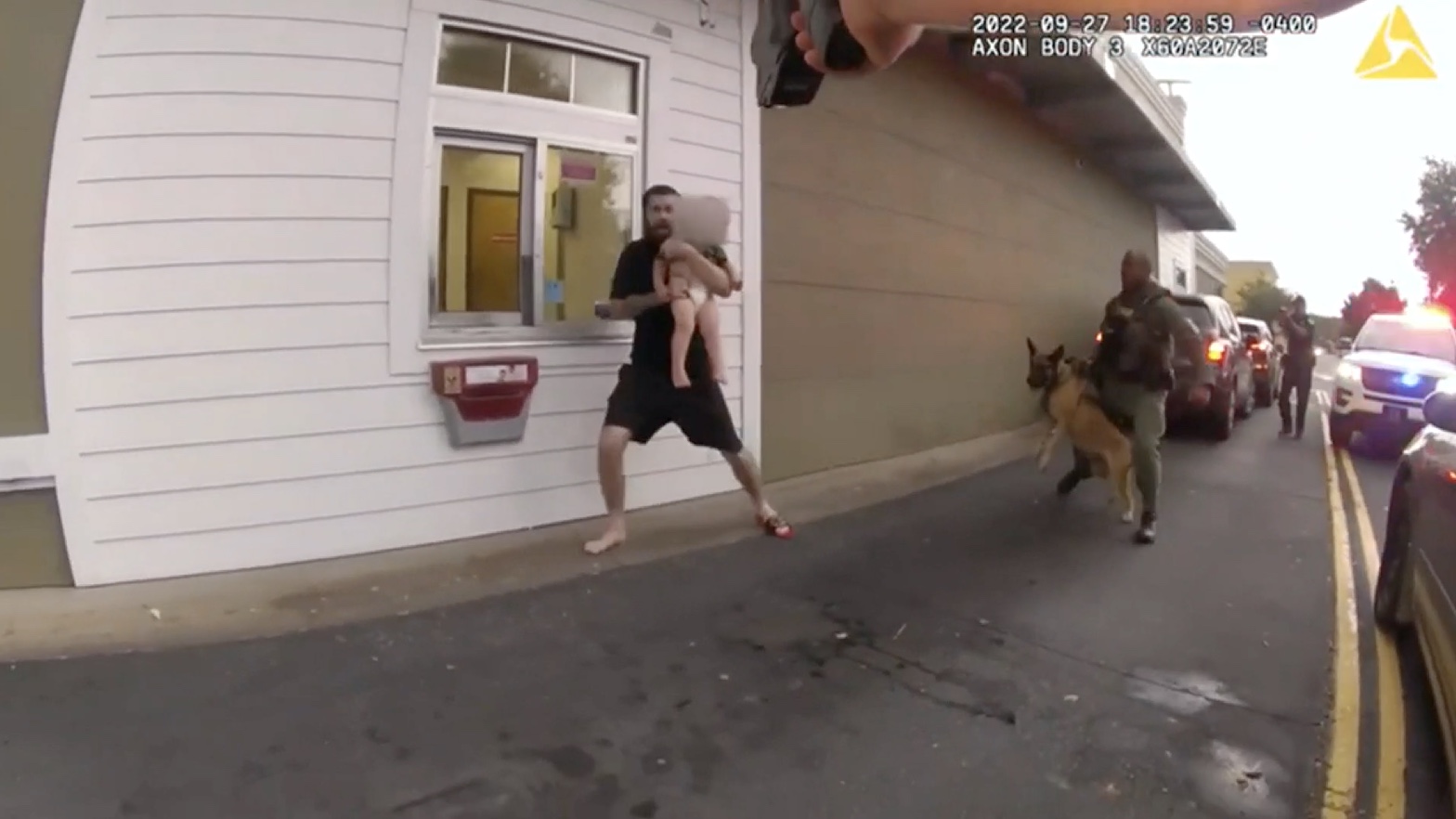 Shocking video from a Florida sheriff’s office shows a man using a toddler as a human shield during a standoff with police in a McDonald’s parking lot.

The Flagler County Sheriff’s Office said that Brandon Matthew Douglas Leohner, 27, allegedly kidnapped a 1-year-old baby at gunpoint from the child’s mother, his girlfriend, and left the home with the boy on his lap just after 6 p.m. on September 27.

Deputies found the vehicle “driving reckless through medians while speeding” a short time later and attempted a traffic stop, but Loehner took off and drove over another media into oncoming traffic. before turning into shopping center.

Loehner drove into a McDonald’s parking lot and got out of his vehicle near the drive-thru — carrying the boy in his arms, “using the child as a human shield and refusing to obey law enforcement commands to to put the child down,” the sheriff’s office said.

Deputies hit Loehner with a taser after a brief standoff and rescued the child. As deputies comforted the toddler, Loehner tried to flee and resist until a K-9 and another taser brought him under control. He was handcuffed, and paramedics treated his wounds from the dog.

“Here is a case of a domestic situation turning violent, putting a 1-year-old child and innocent drivers in danger,” said Flagler County Sheriff Rick Staly. “Deputies were confronted with a very chaotic situation and a very combative individual that was putting his child at risk by using the child as a shield. Our deputies did everything they could to quickly rescue this child safely from a madman and apprehend the suspect. Fortunately, the child was not hurt and was quickly reunited with his mother.”

Loehner was charged with kidnapping, using a minor as a shield, resisting with violence, child neglect, fleeing and eluding, and reckless driving. He was taken to a hospital for treatment of his injuries and was booked into the Sheriff Perry Hall Inmate Detention Facility when he was released.