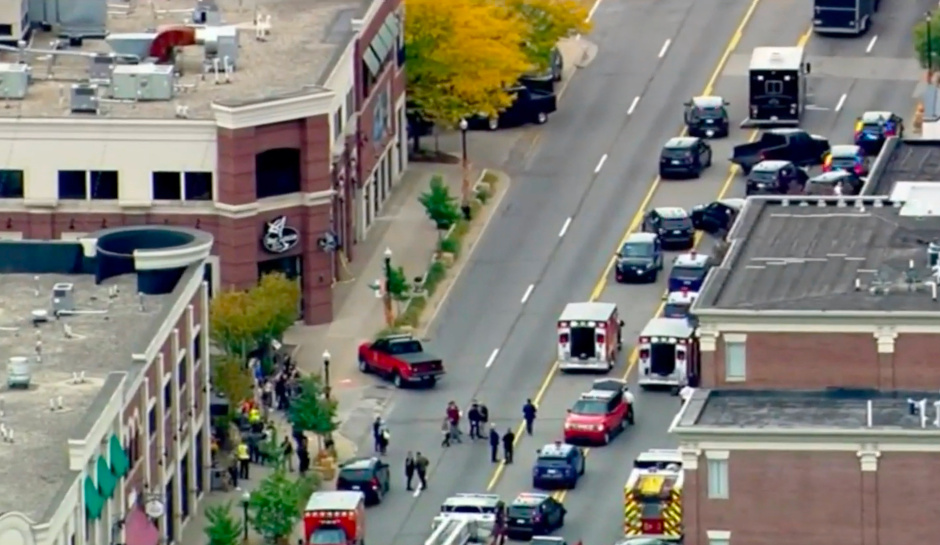 Update 8:50 p.m.: An alleged gunman at the Hampton Inn in Dearborn, Michigan, has surrendered to authorities, the Detroit Free Press reports.

Earlier, authorities were seen breaking out a window in the third floor of the hotel, and first responders whisked a man out. Police later said that man had been a hotel guest they were unable to evacuate in the immediate aftermath of the shooting.

Details about the arrest were not immediately released.

At least one person was injured Thursday afternoon when a man opened fire after engaging in a dispute with staff at a Michigan hotel.

Dearborn Police have evacuated the Hampton Inn on Michigan Avenue — although it’s unclear if it was a complete evacuation — and are negotiating with the gunman, who is barricaded in one of the hotel rooms.

“I would implore him to please come out peacefully. Nobody wants to see anybody else get hurt as a result of this incident,” Dearborn Police Chief Issa Shahin said. “At this point, it’s going to be a waiting game.”

“We have secured the perimeter to keep everyone safe. We believe the suspect is contained at this point. But we don’t want anyone in the area to hamper the investigation or any kind of response,” Bartok said.

Michigan State Police warned people to stay away from the area.

“This is a dangerous situation, this person is still liable to shoot at people walking in this area,” State Police Lt. Michael Shaw said. “So I cannot say it enough. This is not a safe area, do not come down to downtown Dearborn.”

Bartok said that at least one man was wounded and taken to a hospital, WDIV reported. The condition of that person was unknown.

“There was some type of dispute with the hotel staff … it revolved around money,” he said.

Police said the gunman used a long gun in the shooting but provided no further information.

Students at Dearborn High School, about a mile from the hotel, were sent home early.