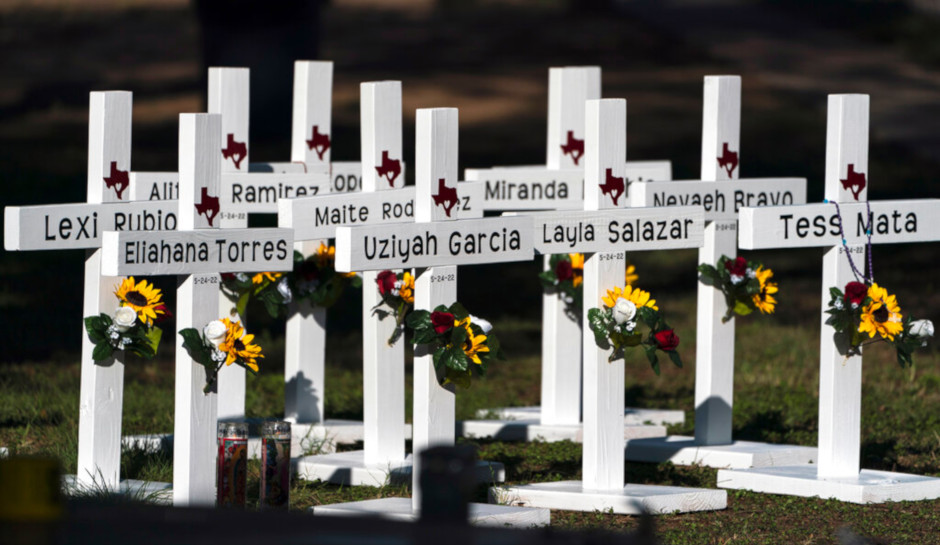 On Friday, the Uvalde, Texas, School District suspended its entire police department amid criticism of their handling of May’s mass shooting at Robb Elementary that killed 19 students and two teachers.

In a statement issued to the Texas Tribune, the Uvalde Consolidated Independent School District said director of student services Ken Mueller decided to retire upon learning that he and acting police chief, lieutenant Miguel Hernandez, were placed on leave. Police officers in the department will be appointed to other roles in the district, officials said.

The school district said they issued the department-wide suspension due to “recent developments that have uncovered additional concerns with department operations.” The Austin American-Statesman reported that Texas Department of Public Safety troopers will provide security for campuses in the school district.

Texas Department of Public Safety director Colonel Steven McCraw called the response to the May 24 shooting an “abject failure” and blamed Pete Arredondo, chief of the Uvalde school district police. Arredondo was fired in August.

Video footage obtained suggests that officers stood by after the initial gunfire, even as the gunman fired four additional rounds. Officers remained inactive even after asking for keys to a presumably unlocked classroom and gathering tear gas, gas masks, and a sledgehammer.

Earlier this week, Department of Public Safety trooper Crimson Elizondo was hired to school district police — only to be fired as she faced backlash for her response to May’s mass school shooting.

Elizondo resigned from the Department of Public Safety over the summer, before she was hired by the school police department. She reportedly responded to the mass shooting within two minutes, but bodycam footage caught her standing alongside 91 other DPS officers who waited 77 minutes to take down the gunman.

In the video, someone was heard asking Elizondo whether she had any children in the school.

“If my son had been in there, I would not have been outside,” she said. “I promise you that.”