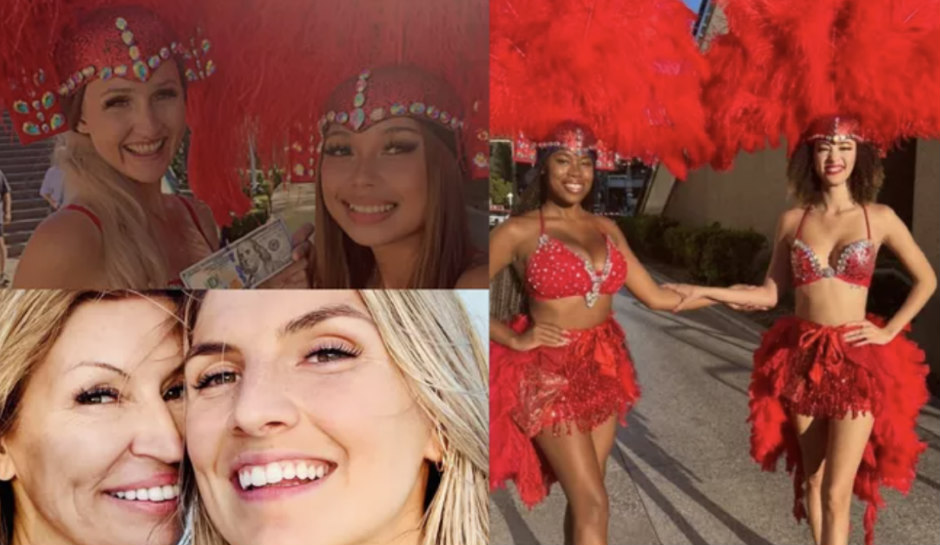 ‘The girl was on the ground and was not making any noise’: Victims Recount Stabbing Attack on Las Vegas Strip that Left 2 Dead, 6 Injured

The suspect in the mass stabbing on the Las Vegas Strip on Thursday is said to have requested a photo with a group of showgirls and then began attacking them, KLAS-TV reports.

One of the women told police that the suspect, later identified as 32-year-old Yoni Barrios, asked the performers if he could pose with them holding a large knife because he claimed to be a chef.

The request reportedly made the woman uncomfortable and she began to back away from Barrios, who then hurtled toward the woman and stabbed her with an 8- to 10-inch kitchen knife around 12:30 p.m.

Barrios then began stabbing others in the vicinity, killing two and injuring six. The deceased have been identified as 30-year-old Maris Mareen Digiovanni and 47-year-old Brent Allan Hallett.

One witness said he saw Barrios chasing women around an escalator and appeared to be hitting them.

“The girl was on the ground and was not making any noise,” Dewaun Turner told NBC News. “He must have hit something real vital. She was just shaking and bleeding.”

Turner added: “Those girls don’t get paid much to do that. For somebody to run up and stab them like that — it was just horrific. I can’t even get the image out of my head.”

Turner and another witness had considered chasing the man but decided to call 911 and provide a description of him.

Authorities arrested Barrios and have charged him with two counts of open murder with the use of a deadly weapon, in addition to six counts of attempted murder, as CrimeOnline previously reported. He was in court Friday for an initial appearance and is scheduled to return to court on October 11, KKTV reports.

In an interview with investigators, Barrios confessed to the attack and said he went after the women because they thought they were making fun of him, according to a police report obtained by NBC News.

“Barrios started running and looking for groups of people so he could ‘let the anger out,'” the report states, NBC News reports.

Barrios is a Guatemalan national who has a criminal record in California. It is believed that he is in the United States illegally. He reportedly came to Vegas from California hoping to stay with a friend, but that person declined, so Barrios rode a bus to the Las Vegas Strip. He is said to have felt that other passengers on the bus were not treating him “like a human being,” the police report states, according to NBC News.

Police believe Barrios also tried to get a job at the Wynn casino as a janitor and also asked an employee to contact immigration officials so he could go back to Guatemala.

It was after leaving the casino that Barrios ran into the women, dressed as showgirls to pose for pictures with tourists on the Strip.

Anna Westby, one of the women injured in the attack, recounted the terrifying moments and her effort to save DiGiovanni.

“I went over to Maris and I turned her over. I told this guy to give me his shirt and I grabbed it from him and I started applying pressure to her wound,” Westby told the New York Post in an interview at a Las Vegas Hospital.

“And another guy said, ‘Ma’am, you have a stab wound on your back.’ I said, ‘I know. Can you grab your shirt and apply it to my back while I apply this to her?’”

Westby, 26, is being treated for a punctured lung.

She told the Post that Barrios was holding a bag when he approached the group of “showgirls.” Then he took out the knife.

“He pulled up a knife and he showed it to us as if modeling it,” Westby told the Post. “All four of us looked at each other and were trying to make a decision. . . . This is too weird. Do we agree with this? Before we could say anything at all. He grabbed the knife and he stabbed Maris in the heart.”

A GoFundMe account has been launched to help pay for Digiovanni’s funeral and the injured women’s medical expenses.

In a Facebook post on Thursday, DiGiovanni’s brother, Gage DiGiovanni, mourned the death of his “amazing little sister,” according to NBC News.

“Please pray for our family and her husband,” Gage DiGiovanni wrote, according to NBC News. “We appreciate the space to grieve in the coming days and know she touched your lives as she did ours.”