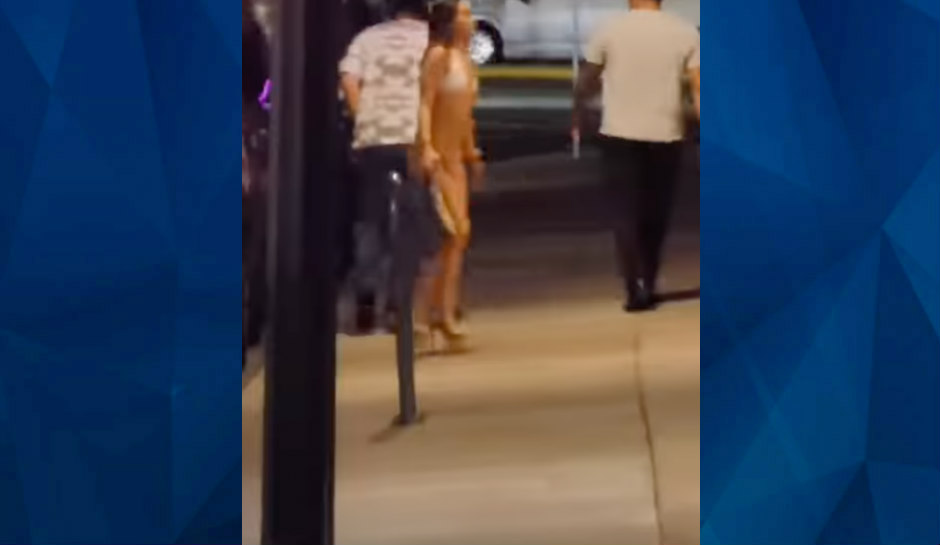 An investigation has been launched after video was captured of a bikini-clad woman exiting a fire truck and walking into a strip club in San Jose, California, the Mercury News reports.

The footage, posted to Instagram on Thursday, shows a fire engine with its flashing lights along a city street. A woman wearing only a bikini and heels then exited the truck and walked directly into the Pink Poodle strip club, which describes itself online as “San Jose’s only all-nude strip club.”

A caption to the video reads: “Only in San Jose do you see a stripper come out of a fire truck.”

It was not clear why someone was recording the fire truck prior to the woman exiting, but after the video went viral, authorities said they would investigate what happened.

San Jose Mayor Sam Liccardo said if the probe reveals a “frat party bus” situation, there will be consequences for those involved.

“If the investigation concludes that this video is as bad as it looks, then heads must roll,” Liccardo told FOX 2. “We cannot have a life-critical emergency rescue apparatus relegated to a frat party bus, nor tolerate any conduct that so demeans the heroic work of the rest of our SJFD team.”

Vince Grimaldi, who owns a business near the strip joint, was taken aback by the footage.

“What do you say? I mean my mouth dropped. And she had no clothes on,” Grimaldi told FOX 2. “What is she doing inside the fire truck? And who is running the fire truck, and who is in charge and why did they allow this? Somebody is in trouble.”

He added: “Why was she in there? Somebody needs to answer that. You see that and you say . . . ‘is this what our tax dollars are for?'”