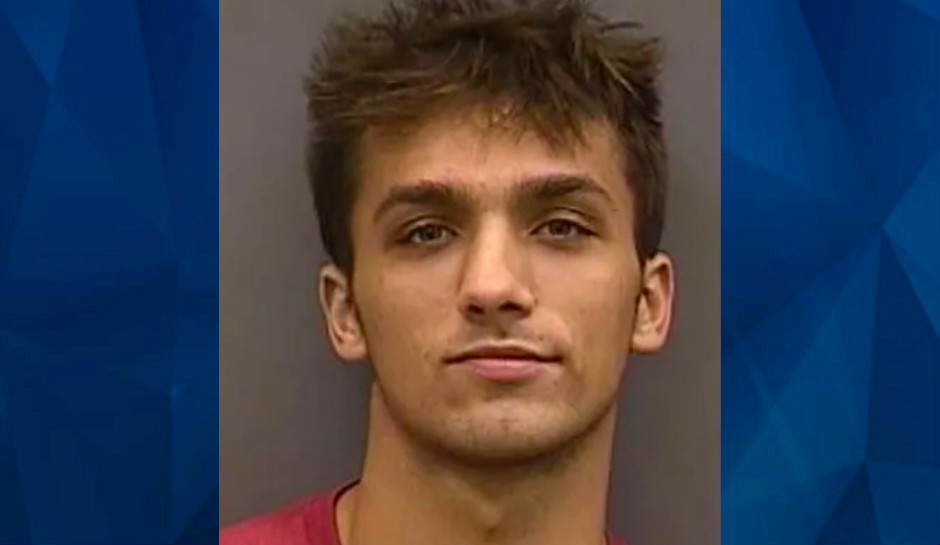 Florida police on Saturday arrested a 21-year-old man for allegedly shooting at a homeless family as they slept in their vehicle on a Tampa street.

Christopher Stamat Jr. is accused of firing more than a dozen shots at the family vehicle at about 4:30 a.m. on Wednesday, striking the pregnant mother, in her 20s, in the head, Tampa Police said.

She was taken to St. Joseph’s Hospital for treatment of non-life-threatening wounds. Her husband, in his 30s, and their 9- and 3-year-old daughters and 4-year-old son were uninjured.

Tampa police said the father told them the five family members were sleeping in their vehicle in a parking lot across from the Martin Luther King Jr Recreational Complex when he saw headlights from a car that pulled in front of theirs. Immediately after, he said, he heard gunshots and shouted for his wife and children to get down. The suspect sped off, heading southbound, after firing.

Investigators found several surveillance videos showing a black, 2-door 300 series 2012 BMW canvassing the area that morning and identified Stamat as the owner, police said. On Thursday, they found the car parked in a garage on Marcellus Circle in Tampa.

Detectives spoke with Stamat, who told them he was the only person who had driven his car recently and that he had been in the area of the shooting on the morning it took place. The investigators executed search warrants on his car and his apartment, finding an empty gun box for a 9mm handgun in his car and spent shell casings inside his apartment that matched the casings found at the crime scene, just three blocks away.

“He actually had a fingerprint ID to get into that bedroom so there’s no doubt that these shell casings belonged to him, ” Tampa Police Chief Mary O’Connor said.

Stamat was arrested and charged with four counts of aggravated assault with a deadly weapon, one count of attempted murder, and one count of shooting into a vehicle. He didn’t tell police why he decided to shoot at the parked car, but he did tell them he believed he was being stalked and followed by people in different vehicles, on bicycles, and on foot. Police also said there’s no indication that Stamat and the family had any prior connection.

“Our community as a whole can sleep easier tonight knowing the suspect linked to this monstrous, random act of violence is no longer free to prey on innocent people,” said Chief Mary O’Connor. “I cannot thank or commend our detectives enough for working so quickly to identify and arrest this suspect.”

The family told police they had recently moved back to Tampa after living out of state for several months and were forced to live in a rental car because a relative didn’t have room for them. Tampa Police took the children to McDonald’s for breakfast after the shooting incident and “worked with Choice Hotels to secure temporary housing for the family,” although WTVT said the children are now with relatives in another part of Florida.