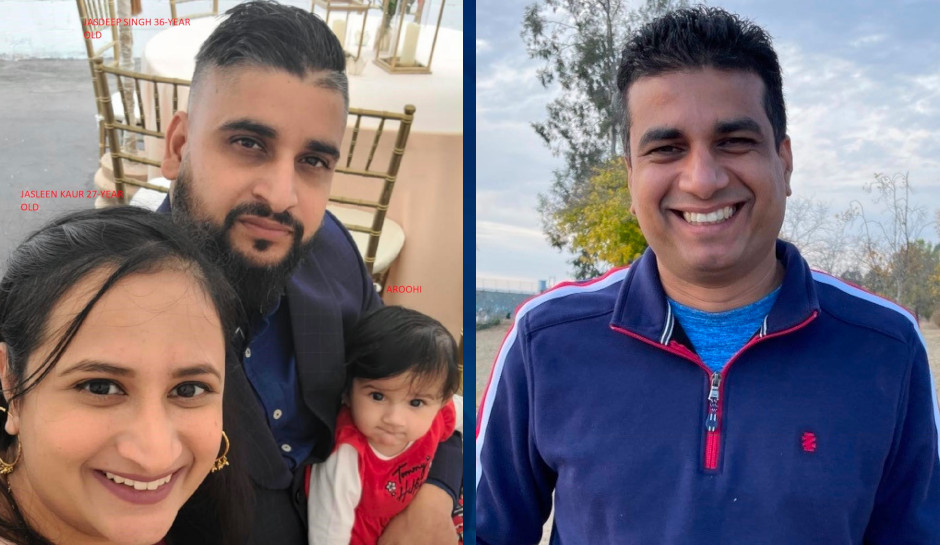 On Monday, California prosecutors charged a man with four counts of first-degree murder and kidnapping for the October 3 abduction that ended with the deaths of an 8-month-old girl, her parents, and her uncle.

Jesus Manuel Salgado, 48, was allegedly filmed kidnapping 8-month-old Aroohi Dheri, her parents Jasleen Kaur, 27, Jasdeep Singh, 36, and her uncle Amandeep Singh, 39, at gunpoint from the family’s trucking business in Merced. The family of four was found dead at an orchard near Dos Palos two days later.

Salgado was a former employee at the victims’ trucking business. He was said to have a longstanding feud with the family.

Officials have not revealed a cause of death, but KFSN reported that investigators think the three adults were killed first and the infant was left to die of exposure.

Salgado reportedly tried to kill himself on October 2 as detectives eyed him as a suspect. The family’s bodies were discovered the following day.

Salgado is believed to have killed the family within an hour of abducting them, according to WIFR. He was reportedly filmed using one of the victim’s credit cards in Atwater on October 2.

The suspect’s younger brother, Alberto Salgado, was arrested on Thursday. He is charged with criminal conspiracy, accessory, and destroying evidence.