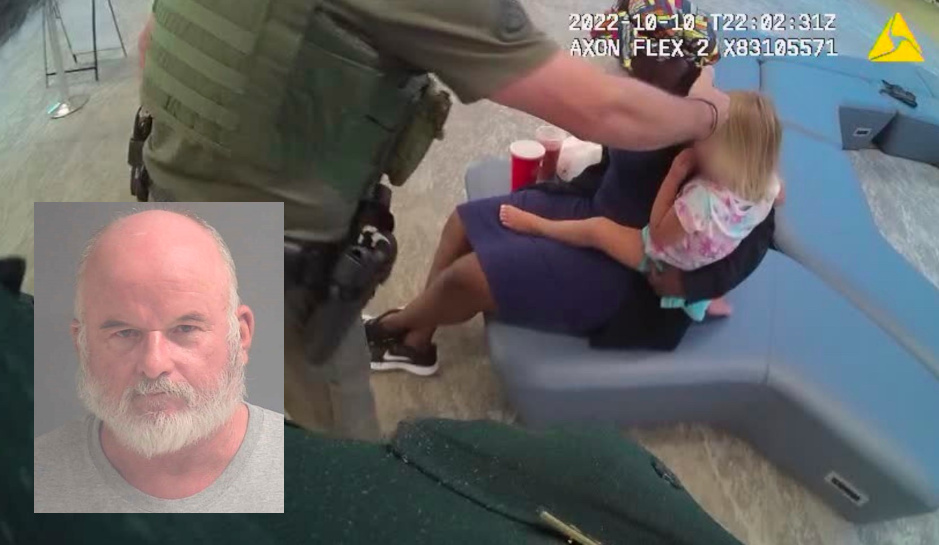 A Florida grandfather has been charged with child neglect after he returned a rental car to Daytona Beach International Airport and forgot his toddler granddaughter was in the back seat.

Hertz employees found the little girl in the locked vehicle in the car return lot, where she’d been for about 45 minutes on Monday, the Volusia County Sheriff’s Office said.

Deputies arrived at the lot about 6 p.m. and found the child with a warm face that was streaked with dried tears but was breathing normally.

Employees said the vehicle had been dropped off at about 5:15 p.m. Deputies and staff were initially unable to make contact with the driver, but later, the child’s mother called and said she’d just learned that her 62-year-old father had left the little girl, almost 2 years old, in the car. She said she was on her way to the airport.

The Volusia County Sheriff’s Office said that David Towner had ben babysitting the little girl on Monday and left her in the back seat when he brought the car to the airport. Deputies said he “was remorseful and cooperative.”

The sheriff’s office said the temperature in the unshaded parking lot was about 80 degrees when the girl was left in the car.

Deputies returned the child to her mother and notified the Department of Children and Families about the incident.

Sheriff Mike Chitwood said he planned to issued citizens awards to the Hertz employees who found the toddler.

Towner was ordered held on a $2,500 bond, but it wasn’t clear if he had bonded out by Wednesday.