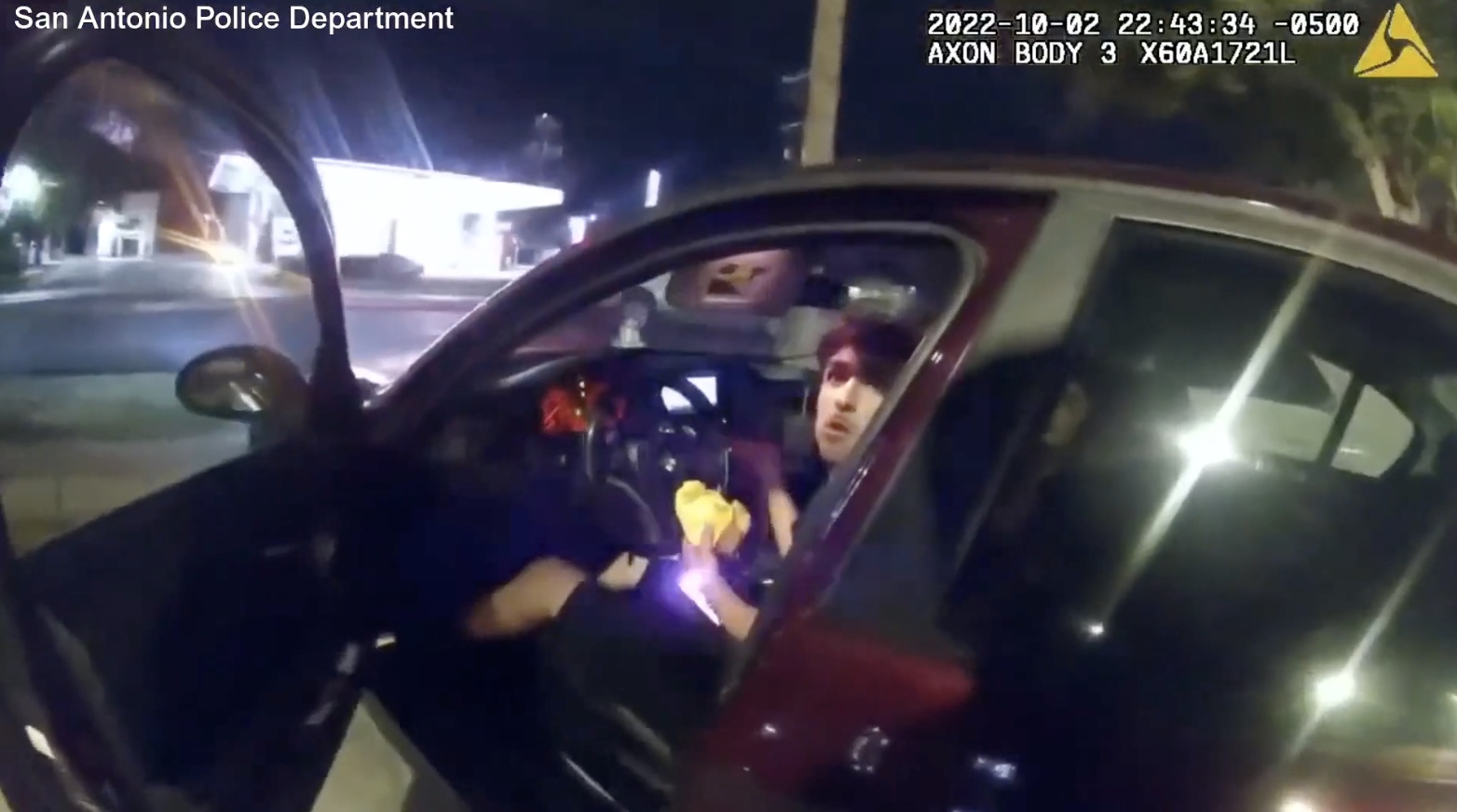 A fired San Antonio police officer has been charged with assault after he opened fire on a teenager eating a burger inside his car in a McDonald’s parking lot.

Eric Cantu, 17, is hospitalized unconscious and on life support after he was shot multiple times, San Antonio Police Chief William McManus said, according to KSAT.

“If he does not make it, the charges will change,” McManus said.

Then-police officer James Brennand, a rookie, responded to an unrelated disturbance call at the fast food restaurant just before 11 p.m. on October 2. He saw Cantu’s car, which he believed had evaded him a day earlier when he attempted a traffic stop.

Brennand called for back up, but instead of waiting for the backup, he abruptly opened the car door and ordered the teen out. Cantu put the car in reverse and tried to back up, but Brennand opened fire into the vehicle, continuing to fire as Cantu pulled away. Cantu and his passenger were found about a block away.

Brennand, who had been with the force for seven months and was still on a probationary period, was fired two days later. Police issued a warrant for Brennand’s arrest on two counts of aggravated assault by a public servant — a 17-year-old girl was also inside Cantu’s car but was not injured — and he turned himself in on Tuesday.

Bexar County jail records show he was released on a $200,000 bond Wednesday morning.

“The shooting itself was unjustified — administratively and criminally,” McManus said in a briefing Tuesday night.

Before the charges were filed McManus said that “it was pretty clear” there were problems with the shooting from the start.

Cantu’s vehicle, he said was moving parallel with the officer or away from him when the shots were fired.