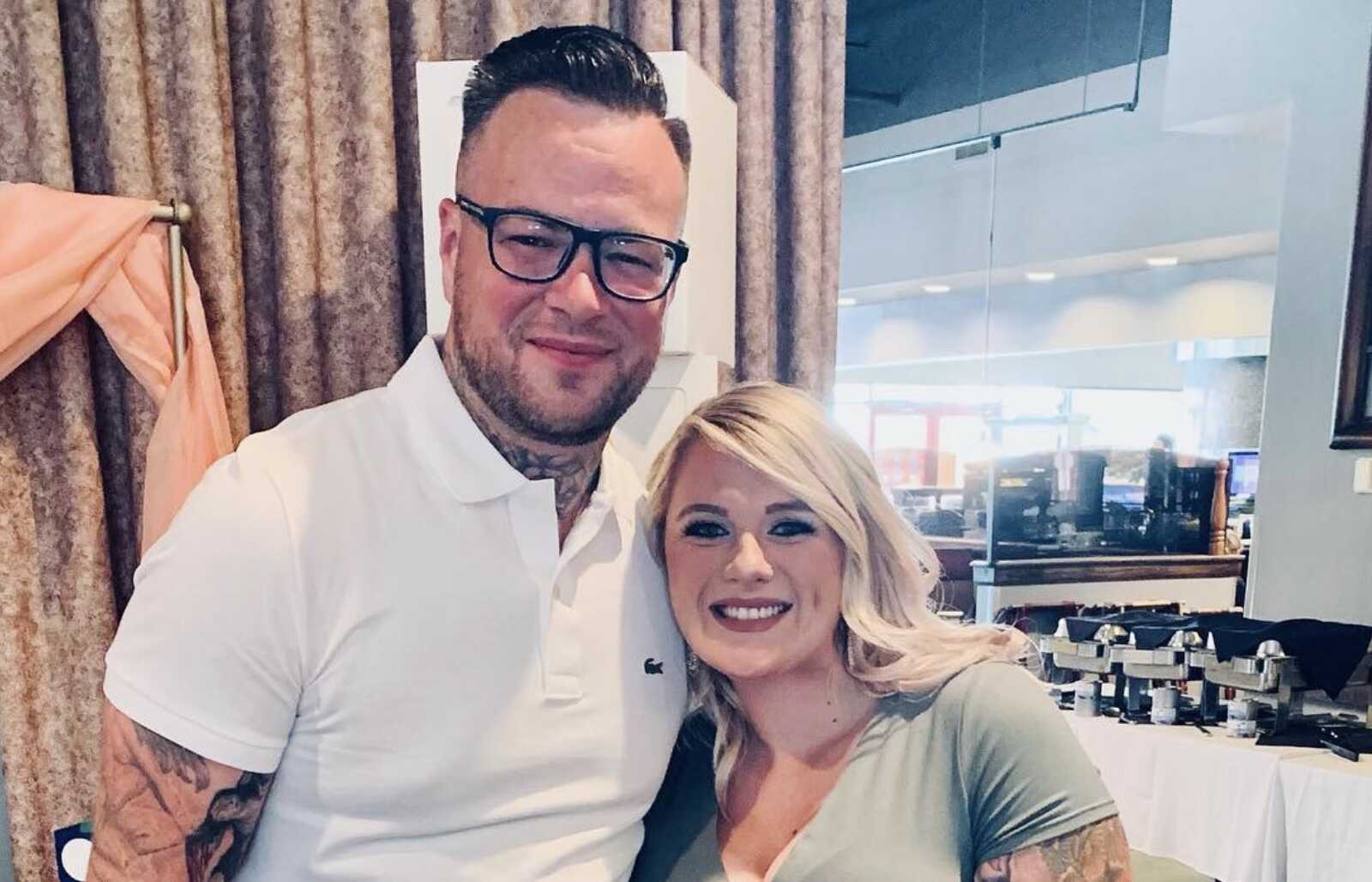 Baltimore County firefighter Megan Warfield, who also volunteers for Bowleys Quarters Fire and Rescue, had been on administrative awaiting the birth of her third child earlier this month when she was involved in multi-car collision.

She and her mother were heading home on October 4 after hosting an annual golf tournament in memory of her father. Warfield told WMAR that she checked on her mother first, because she had been driving, and then realized the car in front of them had flipped and someone was trapped inside.

“So I got out and kinda just went over and reassured her, held her in place until additional pieces could get there,” said Warfield.

Other firefighters, police, and medical personnel — including her boyfriend, paramedic Joshua Daugherty, the father of the about to be born baby, TODAY reported — soon arrived, and Warfield stepped back and evaluated herself.

“Then I realized I was cramping and a little uncomfortable and dizzy. We got down to Johns Hopkins and I had some contractions that entire night and then they decided our little Charlotte was due to come into the world,” Warfield told WMAR.

Shannon Stallings, the chief fire officer for the Bowleys Quarters Volunteer Fire Station, was surprised to see Warfield on the scene. He was even more surprised when she told him she was involved in the accident.

“It’s not uncommon to see our volunteers on scene, but to see one that’s been on administrative duties only laying in glass and oil trying to care for someone just weeks out of her due date, it blew my mind. You don’t see that everyday,” said Stallings.

As for Warfield, it’s just what you do, she said.

“It’s just first instinct to me, you know, I’m a firefighter for Baltimore County so I just kind of went right into that. What’s the first thing to do, assess the situation and how can i help and get additional resources as quick as I can,” said Warfield.

“I don’t know how I did what I did because the cramping was so bad,” Warfield said. “I must’ve just been running on adrenaline.”