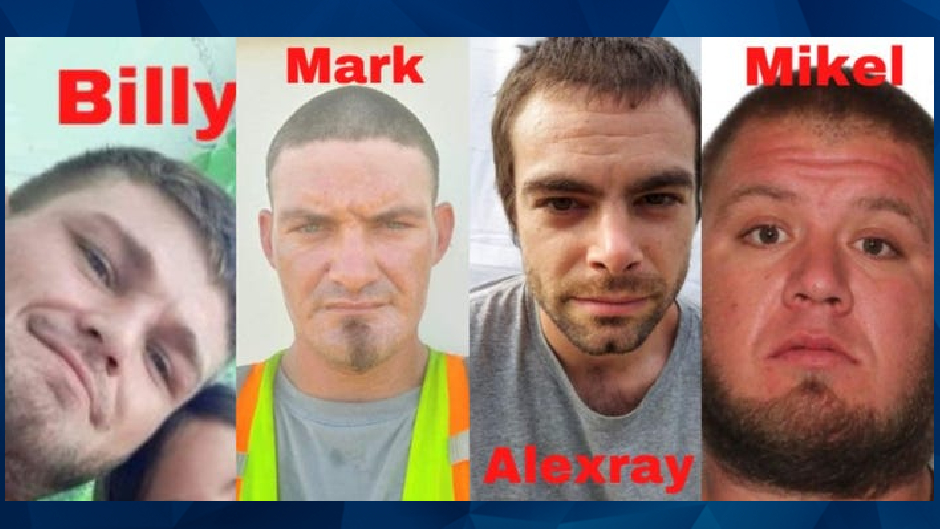 On Monday, Oklahoma investigators said that remains found in a river Friday belong to four men who vanished last week.

Okmulgee police Chief Joe Prentice said that the bodies of Mark Chastain, 32, his brother Billy Chastain, 30, Mike Sparks, 32, and Alex Stevens, 29, were discovered in the Deep Fork River. Tulsa World reported that the four men were shot and dismembered — and evidence of their slayings was recovered from a salvage yard owned by Joe Kennedy, who is considered a person of interest.

The men were reportedly last seen leaving Billy Chastain’s house on bicycles pulling trailers on October 9. Prentice said they believe they intended to carry out theft or robbery as a witness said that the men planned to “hit a lick.”

According to Buzzfeed, data from Mark Chastain’s wife’s cell phone led investigators to a salvage yard and a gas station. The phone was reportedly cut off after the men arrived at a second scrapyard near Okmulgee, where police believe a deadly incident occurred.

Detectives believe the four bodies were dumped on October 10, a day after the men were last seen. Cops said they are still looking for the slain men’s bicycles, KRON reported.

Kennedy is currently missing and authorities have reason to believe he will harm himself, Prentice said.

KTUL reported that Kennedy’s vehicle was found behind a business in Morris, though it is unclear how it got there.