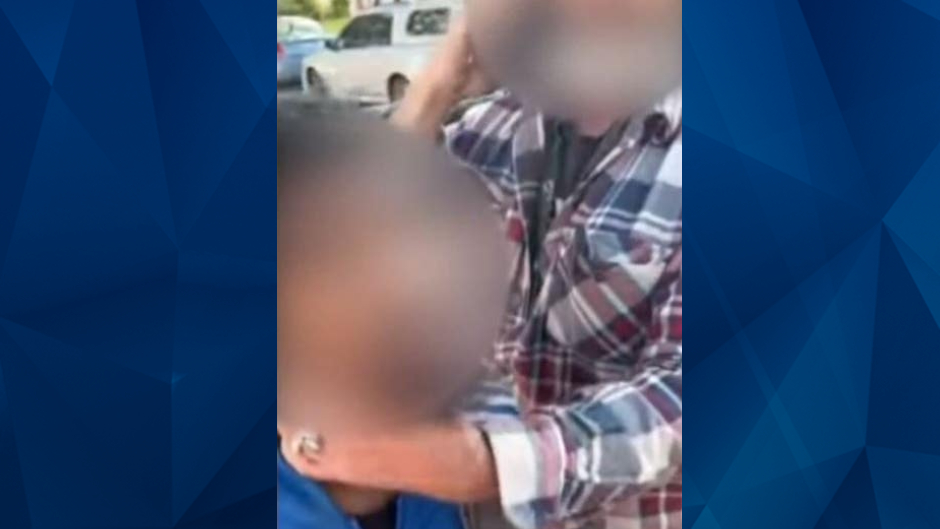 Wisconsin police are reportedly investigating a video taken last week that shows a white man grab a Black man by the neck while accusing him of stealing.

The Milwaukee Journal Sentinel reported that the October 10 video shot by Deangelo Wright shows a 62-year-old man with his hand around a 24-year-old man’s throat. Wright is heard telling the older man to let him go as the older man talks on the phone with someone about someone stealing a bike from his friend’s yard.

The 24-year-old can be heard denying involvement in the alleged theft before the older man states that “one of his friends” stole it. It is also worth noting that the man claimed a green bike was stolen, but the younger man is seen standing over a blue bike.

During the brief video, bystanders are also heard denying the younger man stole anything.

The victim’s aunt told WITI that the man has a disability, but she did not provide specifics.

In a statement to NPR, Milwaukee police said no injuries were reported and that the incident is being investigated. Reports suggest the 62-year-old man has not been criminally charged.

“The investigation … will be referred to the Milwaukee County District Attorney’s Office for review of any potential charges,” police said.