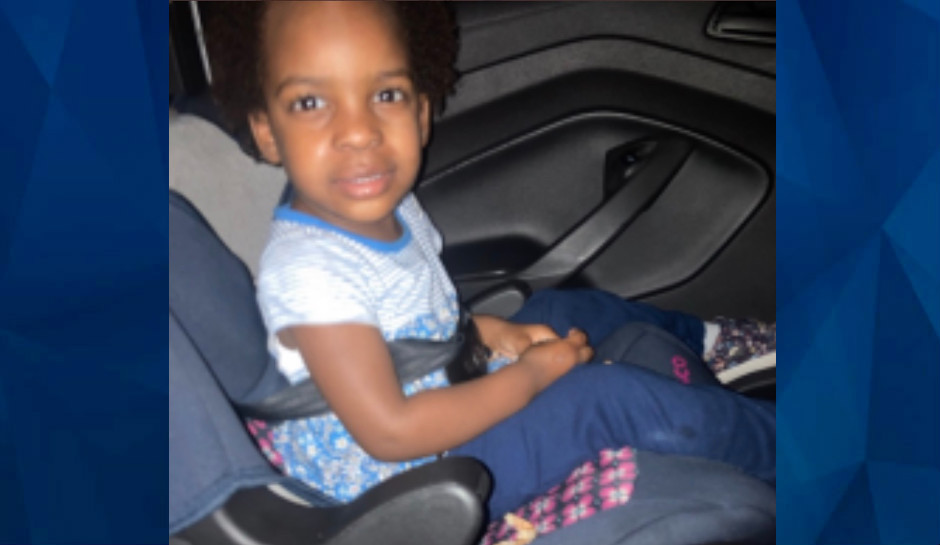 A 2-year-old Texas girl is missing after her father was charged with the murder of his common-law wife earlier this week.

Nadia Lee was reportedly last seen Sunday at about 8 p.m. at her father’s apartment in Pasadena, the Houston Police Department said.

She is described as 2 feet 5 inches tall and about 50 pounds, with black hair and brown eyes. She may have been wearing a white, short-sleeved T-shirt.

Nadia is the daughter of Nancy Reed, 22, and Jyron Charles Lee, 26, who was charged with Reed’s murder Tuesday night, KTRK reported.

Police said they responded to a call from the victim, who said that she and Lee were having a dispute over child custody. Officers responded to a hotel for that call, settled the dispute, and reported everything was fine with they left. There were two children present at the hotel, police said — two girls, ages 1 and 3.

Later in the evening, Lee called police and said that Reed had been trying to discipline one of the children, and he thought she was choking the child. He told investigators he got her into a chokehold and she lost consciousness.

Reed was taken to a hospital and pronounced dead; emergency room staff said she had trauma to her neck.

Lee was detained at the scene. The two girls were not harmed, police said, and are now in the custody of Child Protective Services.

Further investigation led to Lee being charged with murder, and he was ordered held on a $250,000 bond.

Later, investigators learned there was a third child — Nadia — who was not present at the hotel. Police have since uncovered evidence leading them to believe that foul play was involved in her disappearance.

Lee and Reed are the parents at least one of the other children, police said.