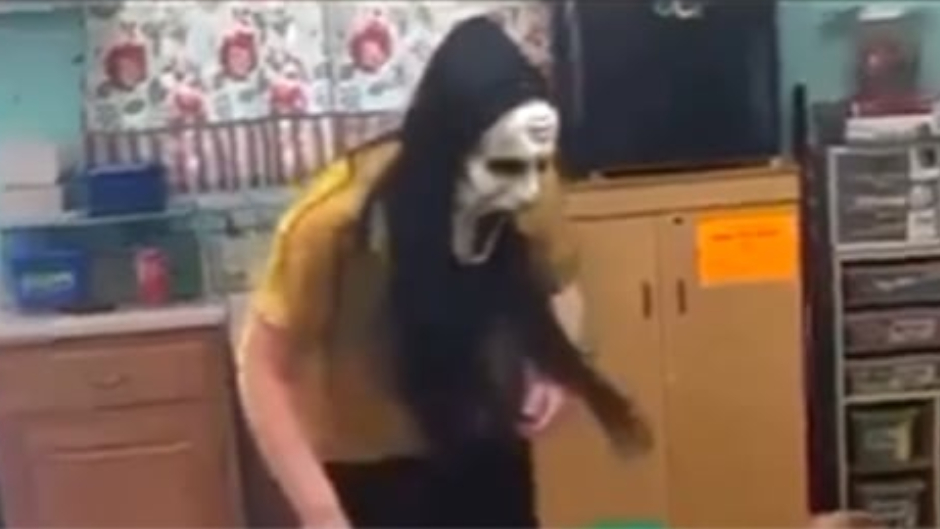 Five people have been criminally charged with a video shot earlier this month which reportedly shows a day care employee scaring children with a Halloween mask.

Sierra McCandless, Oci-Anna Kilburn, Jennifer Newman, and Shyenne Shelton are charged with felony child abuse, while Traci Hutson is charged with simple abuse against a minor and failing to report abuse. WTVA obtained footage from October 4, which apparently shows a Lil’ Blessings Daycare in Hamilton employee wearing a mask as children scream and cry in the background.

The video also shows the employee wearing the mask getting in a child’s face and screaming. The person in the mask is also overheard telling the children to “clean up” and “act good.”

The day care’s owner, Sheila Sanders, has not been criminally charged. The owner said a similar incident was filmed in September, but she was not informed of the incidents until the video was posted to social media this month, WTVA reported.

Four employees have been terminated as a result of the ordeal, according to the news outlet.

Crook said the children’s family had filed charges against the day care employees in Monroe County Justice Court. One of the children’s parents told “Good Morning America” that their 2-year-old son still has trouble sleeping through the night.

“We opened an investigation to look into it to see if it was a crime and fit one of our state statutes and if so, which one?,” Crook explained to the Daily Journal. “Earlier this week, we met with all of the families that wanted to meet with us considering possible charges and what those charges might be.”