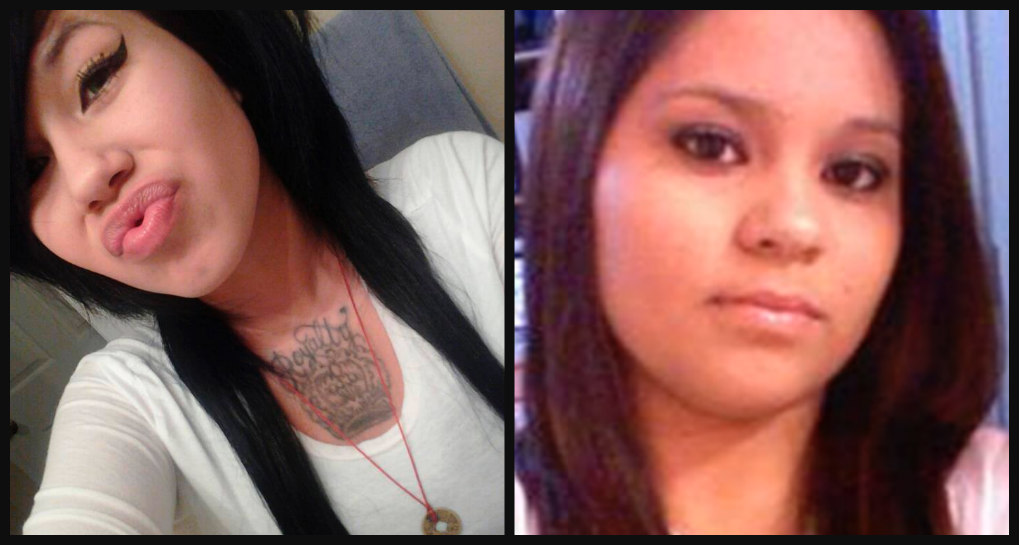 A woman accused of fatally stabbing a Texas teen and burning her body 10 years ago has been caught in Mexico, giving the victim’s family renewed hope that justice will eventually prevail, WFAA-TV reports.

Earlier this week, Mexican Federal Police notified Texas authorities that they had arrested someone they believe is Jennifer Puente (pictured right), who has been on the lam since March 2012 when she allegedly killed 15-year-old Moriah Gonzales (pictured left) in Ennis, Texas.

Investigators believe that Gonzales had been socializing with Puente and Puente’s ex-boyfriend, Joe Alvarado, on March 17, 2012, before the attack occurred. Alvarado told officials that Puente was high on drugs and had used to knife to “playfully” threaten Gonzales but then stabbed the teen repeatedly, according to WFAA-TV.

The ex-boyfriend agreed to help Puente dump Gonzales’ body and then burn her remains.

Police were able to capture Alvarado, but Puente, who was 18 at the time, escaped. Alvarado, now 40, was sentenced to 34 years in prison for Gonzales’ murder and an additional 20 years for tampering with evidence.

Danielle Gonzales, Moriah Gonzales’ sister, said the family is relieved that Puente has been captured.

“We just left it to God, because we didn’t know what to do,” Gonzales told WFAA-TV. “We didn’t expect something like this out of nowhere, though. It’s almost disbelief that it took so long.”

Ennis police are now working to confirm Puente’s identity and extradite her back to the United States, according to a press release from the department.

Just weeks ago, Danielle Gonzales and another sister spoke on a podcast about the case.

The sisters had reportedly received a tip of where Puente might be staying in Mexico and provided the information to authorities. It is not clear yet whether the podcast prompted Puente’s capture.

“She loved styling hair and wanted to be a cosmetologist,” Gonzales’ obituary reads. “Moriah was loved and will be greatly missed by her family and friends.”