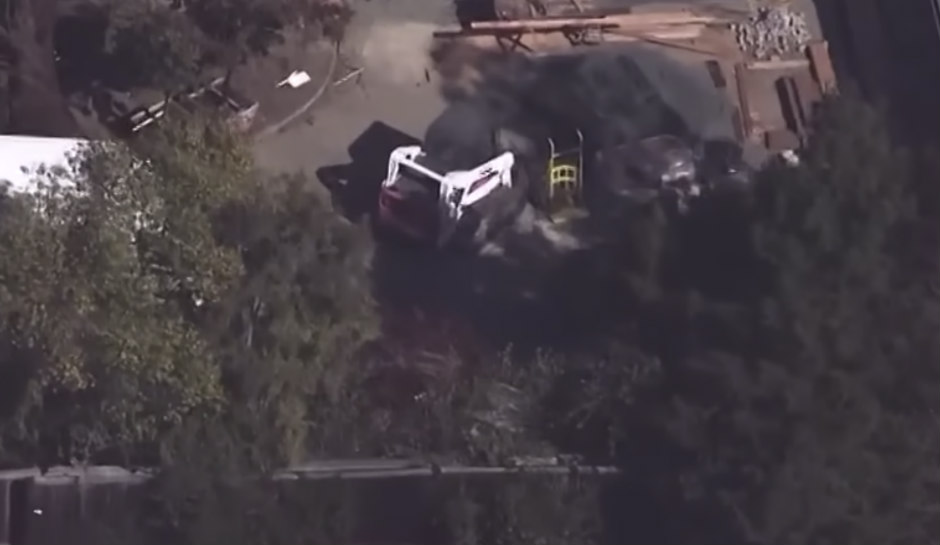 California authorities are investigating a bizarre find this week when a stolen Mercedes Benz missing for 30 years was discovered buried on the property of a Silicon Valley mansion that was previously owned by a notorious criminal, KTVU-TV reports.

On Thursday morning, crews were working on a landscaping project at the $15 million property in Atherton when they came upon the car.

The vehicle was under four to five feet of soil and bags of unused concrete were found inside. Cadaver dogs reportedly twice alerted to something, but as of Friday human remains had not been located at the site.

A preliminary investigation indicates that the car was likely placed underground in the 1990s, which is before the current homeowners purchased the property. The vehicle was reported stolen in Palo Alto in September 1992.

The current homeowners are not suspected of any wrongdoing and the person who may be responsible for the vehicle’s burial is Johnny Lew, the man who built the residence, according to KTVU-TV.

In 1966, Lew was convicted of murdering a 21-year-old woman in Los Angeles County, but he was released from prison two years later after the California Supreme Court reversed his conviction because hearsay evidence was used in the trial that should have been excluded, Fox News reports.

Ten years later, a jury convicted Lew of two counts of attempted murder and he served three years in prison, according to Fox News.

Police arrested Lew in the 1990s for insurance fraud after he allegedly tried to pay undercover police officers to sink a yacht worth $1.2 million in international waters.

Lew’s daughter, Jacq Searle, told the San Francisco Chronicle that her father died in 2015. She said her family had lived at the Atherton mansion into the 1990s.

The person who owned the stolen Mercedes 560 SL is also believed to be dead, but authorities are still working to confirm that information. The car had a license plate that is reportedly tied to Lew.

Atherton Mayor Rick DeGolia told KTVU-TV that investigators are working to confirm what role, if any, Lew played in the car’s burial.

“There was a guy who had a very checkered history, and exactly what he did and how he is involved remains to be seen,” DeGolia told the television station.