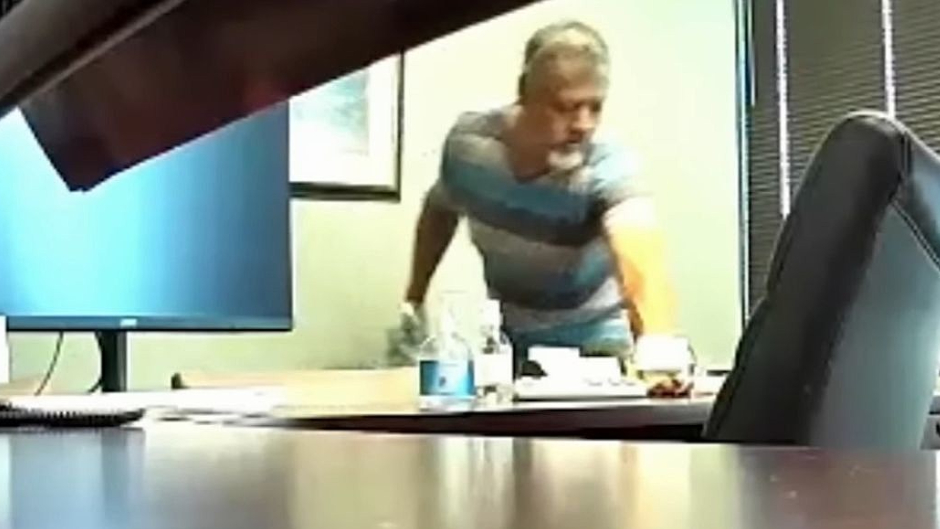 Thirteen more people have reportedly claimed they were victimized by a Texas man who was arrested earlier this month for allegedly giving a woman a sexually-transmitted disease by urinating in her water bottle.

Lucio Diaz, 50, a janitor, is charged with indecent assault and aggravated assault with a deadly weapon for infecting a 54-year-old woman with herpes. KTRK reported that the first victim, who works at a doctor’s office in Houston, first noticed something was wrong in August, when she got water from the water dispenser and noticed it tasted odd.

In turn, the woman threw out that bottle and started bringing her own bottle to work. She would fill that bottle in the morning, drink it, and leave it on her desk for the next day — but that bottle eventually smelled odd as well.

In late September, a co-worker who offered to fill the victim’s bottle with coffee reportedly opened the lid and asked the victim why the water inside was yellow. A doctor at the office reportedly performed a urinalysis test and confirmed that the liquid in the bottle was urine.

The office was not equipped with security cameras, so the victim purchased a hidden camera which she mounted under her desk. On September 30, the woman received video footage to her phone which allegedly showed Diaz putting his genitals in her bottle, recapping it, and putting it back on her desk.

The following day, the victim reportedly gave police two bottles, one bottle containing urine and one in which Diaz put his genitals on. Cops went to the doctor’s office — where Diaz reportedly confessed to tampering with the water bottles.

According to reports, Diaz not only admitted to tampering with the bottles out of malicious intent, but he also confessed to doing the same at a prior job he worked at for eight months. He allegedly claimed his actions were a “sickness,” though he denied being aware of any diseases he had.

Since then, investigators have told KTRK that 13 more people have come forward to accuse Diaz of similar actions. However, it is unclear whether they worked at the same office as the first victim. However, the victim’s co-workers also reported that their water bottles also smelled odd or contained yellow water.