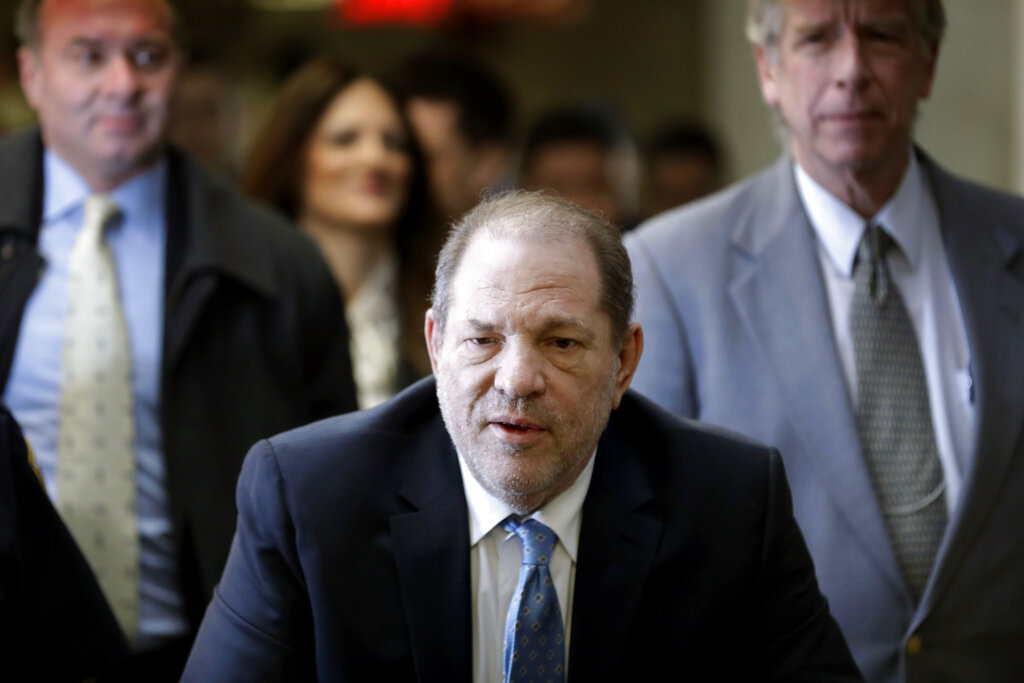 Harvey Weinstein’s ‘Deformed’ Genitalia To Be Discussed During Rape Trial

California prosecutors said on Monday that victims of producer Harvey Weinstein will be able to describe deformities to the producer’s genitalia which were caused by a surgery he underwent in 1999.

According to the New York Post, Deputy District Attorney Paul Thompson told a Los Angeles County Court how an infection caused Weinstein’s testicles to be put into his inner thighs — and how it is an abnormality his accusers will note during their testimony. Thompson also noted how the procedure led to “noticeable scarring” which will be visible in pictures that will be shown during Weinstein’s rape trial.

Weinstein, 70, is charged with 11 counts of rape, forcible oral copulation, and sexual battery for reported incidents that occurred in Los Angeles and Beverly Hills between 2004 and 2013. His accusers whose claims are the subject of the criminal charges will testify as “Jane Does,” while his other accusers, who will detail his “prior bad acts” will be identified by their initials, according to the Los Angeles Times.

“None of the Jane Does will describe his anatomy perfectly, but most of them will be able to describe these abnormalities that they observed during the assaults…Each of these women came forward independently of each other … and they will tell you that the defendant assaulted them,” Thompson said during opening statements, per the New York Post.

“After the defendant assaulted the women, they felt emotionally devastated. They feared that he could destroy their careers if they reported what he had done to them.”

Weinstein is currently serving a 23-year sentence in New York for rape and assault. He has denied any sexual misconduct and pleaded not guilty to all charges in the case in California.