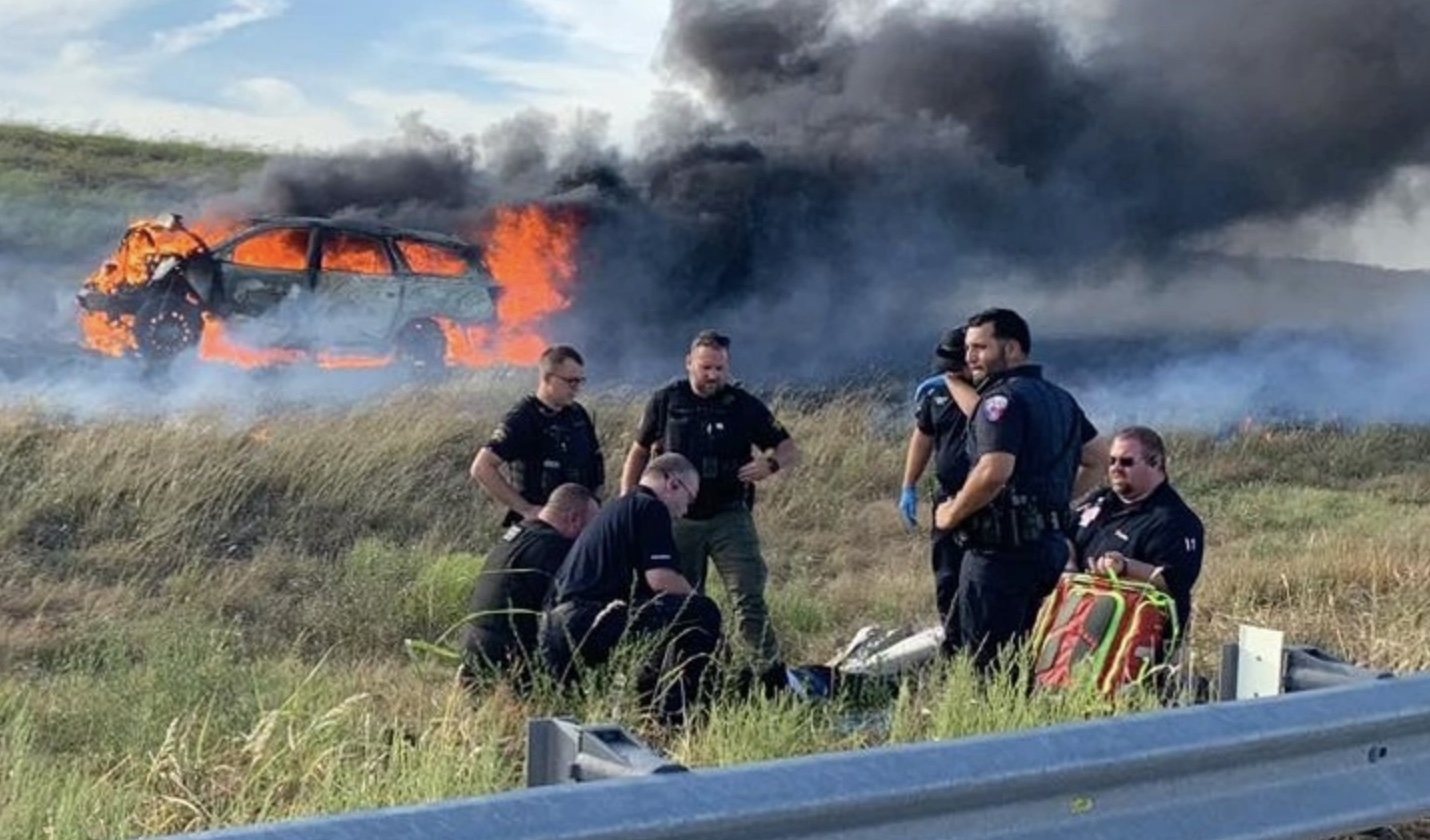 A Texas man has been charged with capital murder in the death of a 3-year-old boy he reportedly admitted to striking “hard enough to break his ribs.”

Jay Isiah Allen, 33, has also been charged with tampering with evidence in the death of Quintavious Trejo over the weekend in Belton, KWTX reported.

Family members called police on Saturday after Allen allegedly called a relative in Fort Worth and “admitted to making a mistake,” according to Allen’s arrest affidavit.

The family member and two other relatives drove from Fort Worth to Belton, about 130 miles, to meet Allen at a truck stop, where he told them the toddler’s body could be found in a wooded area near his home, the affidavit said. When they were unable to locate the boy, the returned to the truck stop and brought Allen back to the scene.

Allen led the three women to the body, but when one of them said she was calling police, Allen “jumped into their vehicle and took off, leaving them there.”

The women called police and led officers to the boy’s body, which they found “face down in the brush.” Upon examining the body, police found it to be stiff with signs of violent trauma, including bruising on the face and body and dried blood on his clothing, KAGS reported.

All three women told officers they were relatives of the boy and Allen, KWTX said, and “all had a similar statement that Allen had been making phones calls the night before and that day about how he messed up badly,” the arrest affidavit said. Allen had told them, the affidavit said, that he hit the boy while changing his diaper because he was frustrated that the boy was crying.

Belton police issued an alert for Allen Saturday afternoon, and Hillsboro officers later spotted him nearly 100 miles away on Interstate 35 and gave chase. Allen lost control of his vehicle and crashed, with the vehicle erupting into the flames. Hillsboro officers and Hill County sheriff’s deputies pulled him to safety. He remained hospitalized Monday evening.

Allen waived his Miranda rights and told investigators he hit the boy in the chest once with a force of 4 to 5, on a 1 to 10 scale.

“Allen eventually admitted to that he may have struck the victim hard enough to break his ribs,” the affidavit said, although he “denied striking the victim in the face.”

According to the affidavit, Allen said that after he hit the toddler, he left him with other children, who later told him Trejo was “acting funny in his sleep and making noises.” Allen said the boy “appeared to be having a nightmare,” with his legs “moving as though he were running from something.”

Allen said he rubbed the boy’s back and they both fell asleep. He later woke up and saw Trejo wasn’t breathing, so he performed CPR and called his relatives. Then he grabbed the boy and ran out of the house.

“Allen claims he fell while running and dropped the victim and then just left him there and kept running,” according to the affidavit.

According to KWTX, Allen was involved in at least four domestic incidents involving police in the last year, most recently a report filed on August 14 on behalf of his wife. KXXV said his criminal record goes back at least until 2007 and that he was charged with capital murder in 2008. He eventually pleaded guilty to conspiracy to commit murder and was sentenced to six years in prison.

[Featured image: First responders tend to suspect Jay Allen after they pulled him from his burning vehicle/Hill County Sheriff’s Office]