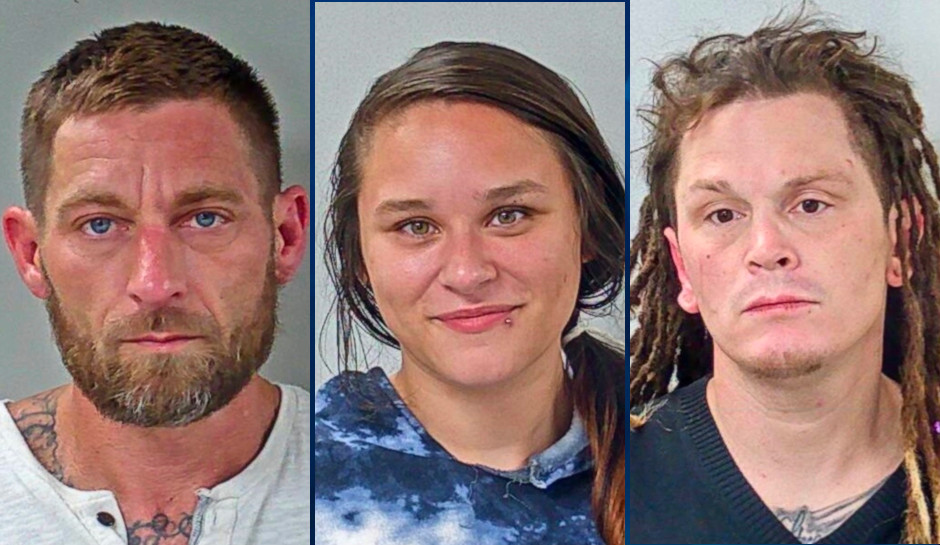 Tennessee Trio Charged With Kidnapping Man, Torturing and Robbing Him

Three Tennesseans have been arrested after allegedly holding a man hostage at a Murfreesboro hotel before torturing him and robbing him of thousands of dollars.

Police spokesman Larry Flowers said that Mortensen contacted the 24-year-old victim, who she knew from high school, and the two arranged to meet at the hotel for sex in exchange for $300.

“Clearly in this case, the victim was an easy prey,” Flowers said. “The female knew him, knew he was quite gullible, and she took advantage of that.”

Once inside the hotel room, Flowers said, Mortensen went into the bathroom, and Kiningham and Frazier entered the room, pretending to be Nashville police officers.

“Not knowing if they were real officers, he complied with their demands, including removing his clothes, emptying his pockets, giving them his wallet, debit card, cell phone,” Flowers said.

At one point, they took him at gunpoint to an ATM and forced him to withdraw several thousand dollars. After holding him for hours, they dropped the victim off at his home in College Grove and took his truck.

“(They) dropped him off at the end of his driveway and simply threw him out like a bag of trash, kept his vehicle, and drove back to Murfreesboro,” Flowers said.

Murfreesboro police arrested Kiningham at the hotel where the incident took place and found what they believed to be methamphetamine and marijuana in his pocket. Tennessee Highway Patrol troopers spotted the victim’s pickup truck — with Mortensen and Frazier inside — at the hotel early Sunday morning. The two fled when Murfreesboro police approached, but officers captured Frazier in the parking lot and found Mortensen in a hotel bathroom.

Additional charges may also be filed, said Flowers, who also noted that the victim had agreed to pay for sex but was not charged in the case.

“This female solicited him; yes he agreed, but in this particular case our obligation is to this victim,” Flowers said. “Again, he was robbed, tortured, held against his will for hours, so clearly he is the victim in this case.”