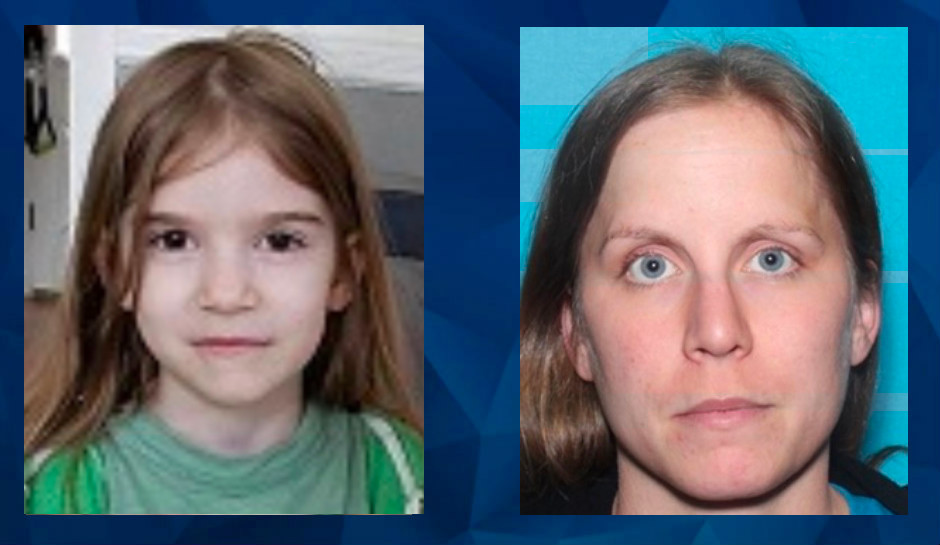 Update: A missing 6-year-old girl from Pennsylvania and her mother were located in Virginia Thursday morning, and the mother was arrested.

WGAL reported that Venessa Gutshall, 37, abducted Zoe Moss during a court-ordered supervised visit on Tuesday and fled with the girl in a gray Volkswagen Jetta.

Police in McLean, Virginia, spotted a stolen Virginia license plate on a Jetta Thursday morning and pulled the car over. They found the 6-year-old hidden under blankets in the back seat, Chester County District Attorney’s Office said.

Investigators said Zoe appeared unharmed but was undergoing a medical examination to be sure.

Gutshall was arrested and charged with kidnapping a minor, unlawful restraint of a minor, endangering the welfare of children, and other charges. She will be extradited back to Pennsylvania.

Pennsylvania State Police have issued an Amber Alert for a 6-year-old girl they believe may be at special risk of harm or injury.

Zoe Moss was last seen shortly after 6 p.m. Tuesday near East Ward Elementary School in Downingtown, according to the Chester County Department of Emergency Services.

She is believed to be with Venessa Gutshall, who is driving a gray, 2016 Volkswagen Jetta with Pennsylvania registration KXR-3699.