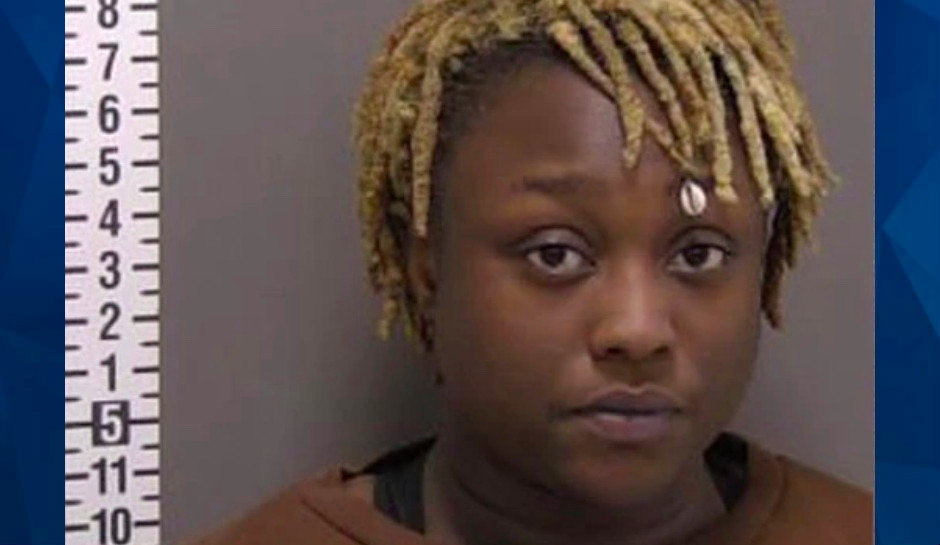 A North Dakota woman charged with shooting a mother holding her 5-month-old baby earlier this month was ordered held on a quarter-million dollar bond on Friday.

Tarnelle Abraham, 23, is charged with aggravated assault and reckless endangerment. She was also given a no-contact order for the family of the woman she shot, Valley News Live reported.

Court documents say Fargo police were called to a residence in south Fargo just before 10 p.m. on October 10 for a shooting. According to the documents, the residents were a married couple and their 5-month-old child.

Initially, the husband told police that two people pulled up outside the apartment in a white Jeep Cherokee and got out. They began arguing, he said, and then shot at each other, with a bullet striking his wife through the window.

The wife remains hospitalized and is unable to speak, Valley News Live said.

Court documents say the husband later told police a different story. He said that he had an affair earlier in the summer and that Abraham had recently begun contacting his wife to tell her about the affair. He said that on the night of the incident, he had gone to close the blinds and saw Abraham standing outside the window holding something in her hand. Court documents say that they called 911, and the wife retrieved a handgun from the bedroom.

The husband took the gun, however, and went to put it away. The wife, carrying the baby, went to the window to see where Abraham was and was shot in the chest. She dropped the infant. The husband said he ran out the patio door and fired at the suspect’s fleeing vehicle, striking it.

Security video from the apartment complex captured some of the incident, showing a white Jeep Cherokee arrive and a Black woman get out of the vehicle and walk toward the victims’ apartment.

Police located a vehicle that matched the description — including a bullet hole in the hood — the following day, and the Jeep’s owner said that Abraham had borrowed the vehicle on the previous night.

Abraham was arrested Friday morning and made her first court appearance later in the day, according to KVRR.

It was not clear if Abraham was the woman involved in the husband’s affair.