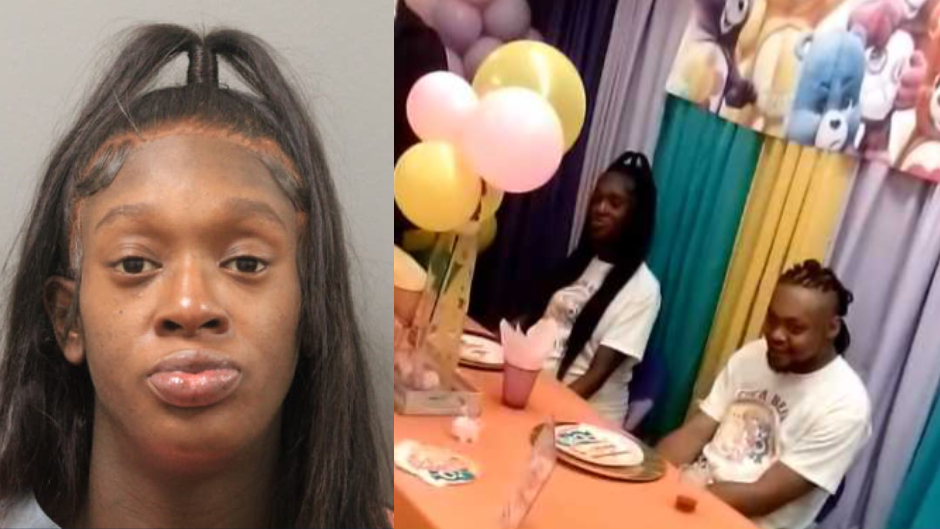 A pregnant Illinois woman who allegedly murdered her boyfriend last week had reported being abused by him multiple times before the fatal incident, according to police.

Keshia Golden, 29, is accused of fatally stabbing Calvin Sidney, 33, hours after their baby shower on October 22. Golden, who is eight months pregnant, and Sidney got into an argument about who would get to use the microwave to heat up leftovers — which relatives said escalated when Golden knocked a plate out of Sidney’s hands and Sidney knocked her on a counter, according to the Chicago Sun-Times.

Sidney’s uncle reportedly split up the pair, but Golden went into the bedroom Sidney was in and stabbed him in the left thigh, severing his femoral artery. Sidney died at the hospital, which Golden did not know until she returned to the apartment hours later, the Chicago Sun-Times reported.

Golden was arrested at the scene and charged with first-degree murder. Cook County prosecutors revealed during her bail hearing that cops had responded to domestic calls involving the couple five times between June and September. Four of those instances reportedly entailed Golden, who was pregnant, accusing Sidney of choking, slapping, pushing, or punching her.

According to the Chicago Sun-Times, Golden had an order of protection filed against Sidney in July. At the time, she alleged Sidney punched her in the face. In August, Sidney declined to press charges against Golden for allegedly cutting his neck to the point that he required hospitalization.

“It was just toxic with those two,” Golden’s mother told the news outlet. “But they loved each other.”

Golden’s bond was set at $2 million. WTTW reported that she was hospitalized at the time of Tuesday’s initial bail hearing so it was postponed until Friday, October 28.