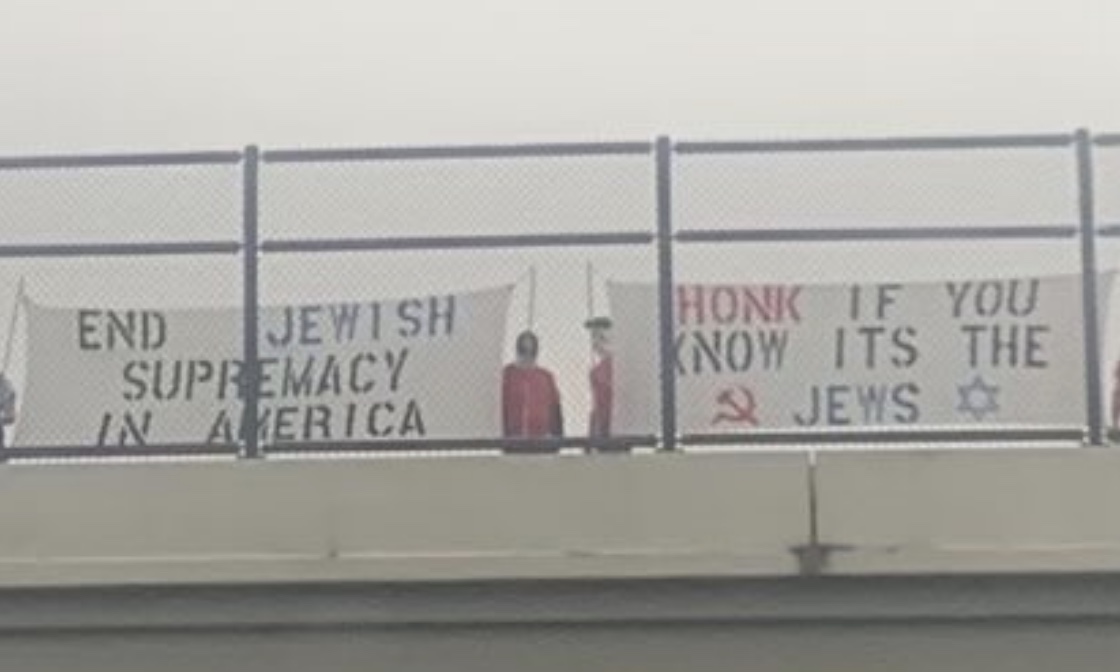 Antisemitic Messages Spread Over Jacksonville on a Football Weekend

Kanye West’s blatant antisemitism sprouted in Florida over the weekend as the rapper now known as Ye kept up with his message of hate.

The message “Kanye is right about the Jews” appeared in several spots in Jacksonville, prompting concern from Jewish community leaders who noted it’s been but four years since Robert Gregory Bowers allegedly killed 11 people and wounded six other at the Tree of Life Synagogue in Pittsburgh, the deadliest attack on Jews in US history.

“It’s just so sad and frustrating to the entire Jewish community. Here we are four years later and no one learned any lessons,” Mariam Feist, CEO of the Jewish Federation and Foundation of Northeast Florida, told WJXT.

Horrible to see that someone projected an anti-Semitic message on to TIAA Bank Field at the end of the sold-out Georgia-Florida game. A relative sent this to me. It’s in reference to comments Ye (formerly Kanye West) made recently.

This hate has to stop. Period. pic.twitter.com/kBKYUx7hIh

The “Kanye is right” message — which was projected onto the back of a scoreboard at TIAA Bank Field at the end of Saturday’s Florida-Georgia football game and onto another downtown building — refer to Ye’s recent threats to go “death con 3 on JEWISH PEOPLE” and other messages that amplify old tropes that claim Jews run financial, media, and entertainment businesses to the detriment of everyone else, as CrimeOnline has reported. The messages got the rapper’s social media accounts restricted and his contract with Adidas terminated, but those slaps on the wrist haven’t stopped him.

On Friday, Ye told paparazzi that a Jewish doctor “misdiagnosed” him as bipolar and  “would have had me on medication,” the Jewish independent publication Forward said.

“If I was on medication right now, then one pill could’ve been swapped out and it would be Michael Jackson and Prince all over again,” Ye said. “Because I didn’t take the medication, I am able to speak to you guys clear of thought and transparently.”

Kanye West continues his anti-Jewish tirade, discussing how a Jewish doctor intentionally misdiagnosed him & could have killed him.

He then rants again about Jews controlling entertainment and media, insinuating that the number of Jews in this profession is problematic. pic.twitter.com/N2qyoNe8fM

Then the rapper pulled out his phone to show the photographers his spreadsheet of Jewish media executives.

But “Kanye is right” was not the only message on display in Jacksonville this weekend, according to the Florida Times-Union. Before the football game, apparent white supremacists dropped banners over Interstate 10 saying “END JEWISH SUPREMACY IN AMERICA” and “HONK IF YOU KNOW ITS THE JEWS.” Another “Kanye is right about the Jews” banner appeared over the Arlington Expressway.

At Chaffee and I-10 in Jacksonville. #AntiSemitism on another American overpass. This is horrifying. pic.twitter.com/3ICenqPR4P

Feist told WJXT that her foundation contacted the Jacksonville Sheriff’s Office and the FBI, who told them there wasn’t much they could do because of the right to free speech.