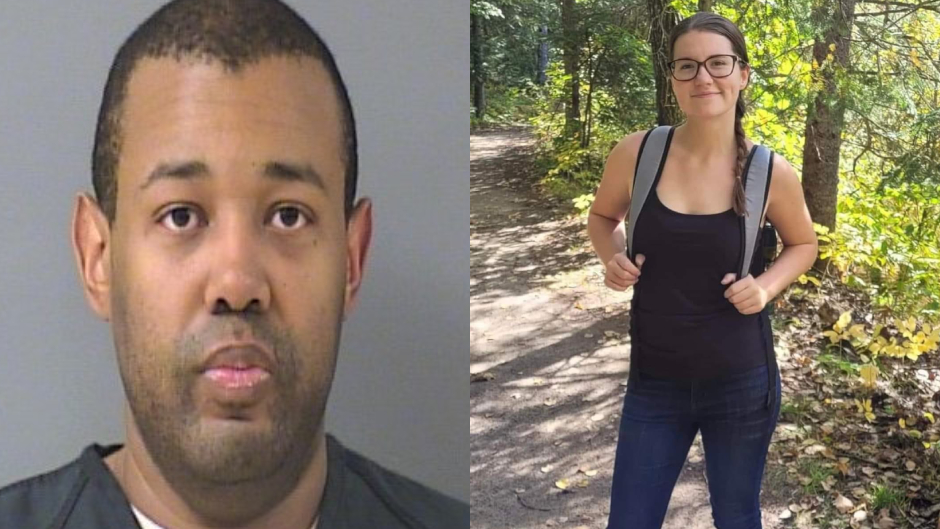 Last week, a Minnesota man allegedly shot and killed a co-worker who rejected his advances.

KMSP reported that Michael Carpenter, 36, killed Nicole Hammond, 28, in their job’s parking lot in St. Cloud on October 24. Prosecutors said the slaying occurred after Carpenter harassed Hammond on the phone — and co-workers were made aware of Carpenter making several unwanted advances toward the victim.

According to KMSP, the harassment was never reported to management.

The Star-Tribune reported that Carpenter shot Hammond in the right side of her neck. Officers who responded to the scene said they found Hammond lying in a pool of blood not far from her keys and phone.

According to the news outlet, witnesses said they saw Carpenter near his vehicle, which had its front and rear driver-side doors open. He was allegedly spotted leaving his vehicle before a gunshot rang out. He was then seen running back to his car and driving off.

Authorities said that the night before the shooting, Hammond messaged Carpenter about not wanting to be touched or manipulated by him and how she did not want things awkward at work. At some point, Hammond also text messaged someone about Carpenter being  “mad at her,” according to Bring Me the News.

Co-workers reportedly told authorities that Carpenter had a bad temper. After the shooting, an employee on the phone with Carpenter told him about Hammond being shot — to which Carpenter responded that he knew and he would be at his sister’s house in case cops wanted to find him.

Carpenter was arrested at an apartment in Saul Rapids hours after the shooting. A 9mm pistol and a loaded magazine were reportedly located on the rear seat of his car. The style and brand of bullets were the same as the shell casing located at the crime scene, the Star-Tribune reported.

Carpenter allegedly told police that he walked to Hammond’s car but he left after hearing a gunshot. He reportedly claimed he left the scene because he was traumatized by what he witnessed.

Carpenter is charged with second-degree murder.