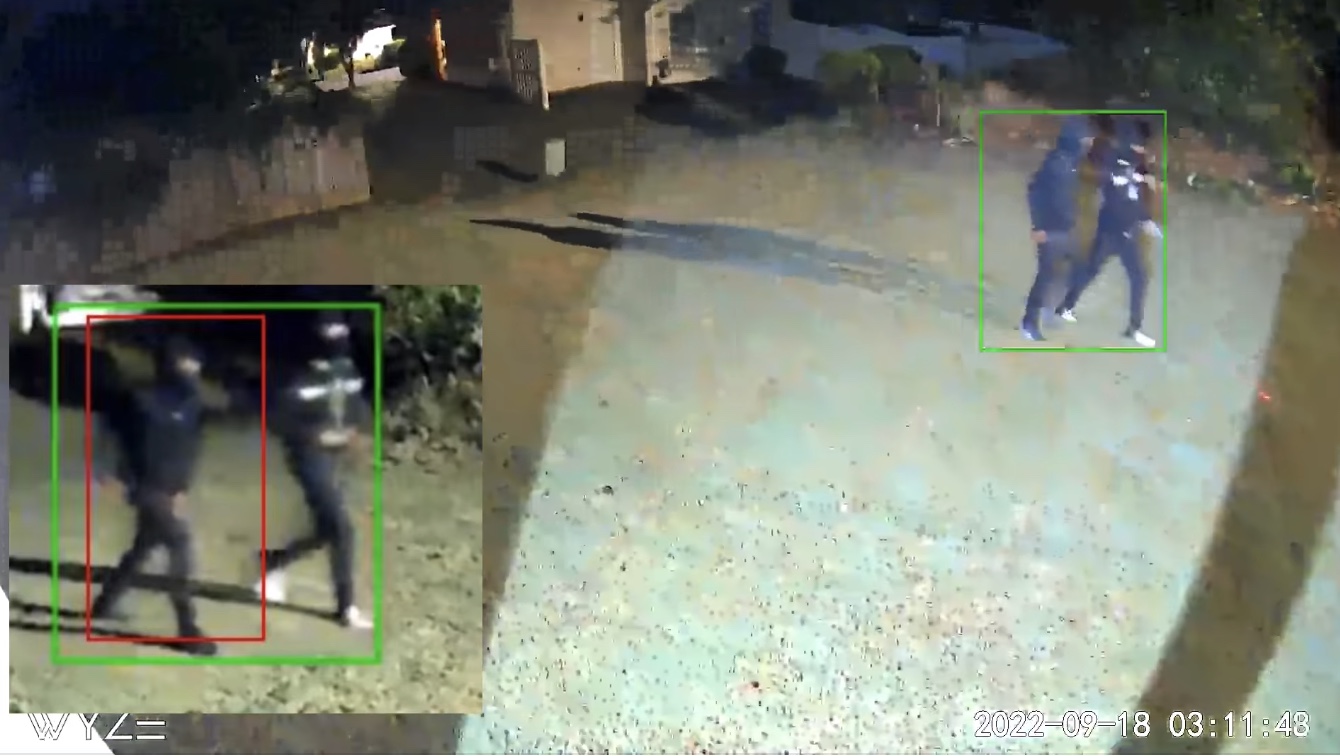 Detectives working the unsolved murder of a 13-year-old Georgia boy last week released a video showing the boy caught on a backyard camera walking with another person about an hour after he was last seen alive.

Jamiren Crosby’s body was found in the woods behind a townhome in Lithonia on September 19 by a woman who was on a walk with her daughter, WXIA said. Crosby had been shot to death.

The DeKalb County Police Department posted the video on Saturday showing video from a neighbor’s security camera taken at about 3 a.m. on September 18. In it, two people walk through a homeowner’s backyard, both wearing masks and hoodies. One of those was Crosby, wearing a black and white jacket and white shoes.

On September 28, the department posted a photo of someone they said was “wanted for questioning only” about Crosby’s death. It’s not clear if that person has spoken with detectives.

Crosby’s mother, Chanell Crosby, told WAGA that her son left home at about 2 a.m. on September 18 with some friends.

“It’s no reason why something so senseless, if Jamiren was your friend, what happened?” she asked.

DeKalb police are looking for the person seen in all black in the video. Anyone with information is asked to call DeKalb Police or Crime Stoppers at (404) 577-8477.