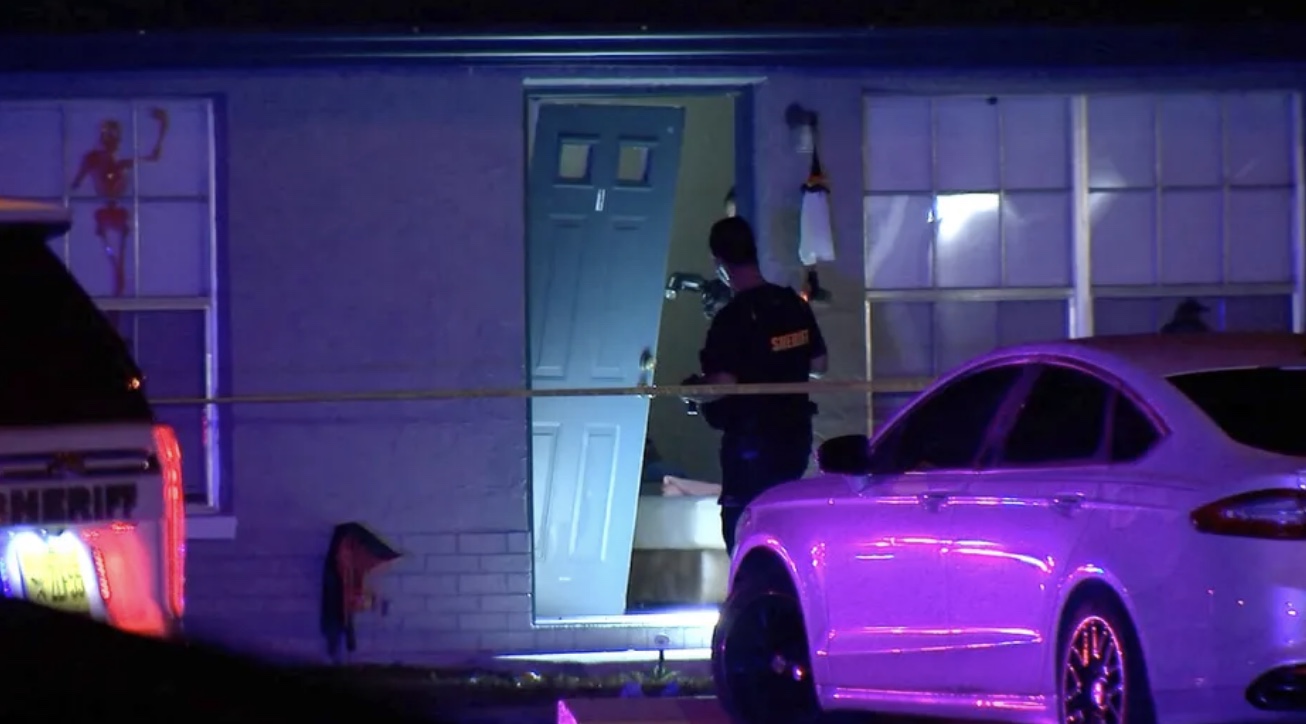 Police in Florida are searching for a masked gunman who broke into a New Port Richey home early Tuesday morning and fatally shot a woman who had been sleeping with her two children.

The children — both under the age of 12 — and a second woman in the home were not physically harmed, WTVT reported.

The Pasco County Sheriff’s Office said it received a report about the home invasion and shooting at about 12:40 a.m. The suspect, the sheriff’s office said, knew the layout of the home and who he was looking for.

Sheriff Chris Nocco said the second woman in the home was sleeping on a sofa when she heard a knock at the door. Before she could respond, the suspect kicked in the door and pointed a gun at her, then continued to a bedroom where he flipped on a light, Nocco said.

“The light comes on, she sees the suspect walk into the door,” he said, according to the Associated Press. “She sits up. As she sits up she says, ‘Don’t shoot me.’ The suspect then fires one round at her. She falls off the bed. He fires another round directly at her striking her.”

The suspect ran from the home and fled in a car, the sheriff’s office said. The woman was rushed to a hospital, where she died.

“Clearly, this person was targeted,” the sheriff said.

“For these young kids, I can imagine they were out last night trick or treating. But to be woken up, to have a suspect walk in, turn that light on and shoot the person in the bed with them. It’s horrific. It’s the only word I can think of,” Nocco said, according to WTVT. “We need your assistance. For the public to know, it looks like the suspect knew exactly what he was doing, and he knew exactly who the targeted person was.”

Nocco described the suspect as about 5 feet 10 inches tall with a “large build.” He was last seen wearing a black skull mask and dark clothing.

The sheriff also said that counseling was being made available to the children and the witness.

Police have not yet released the identity of the victim.