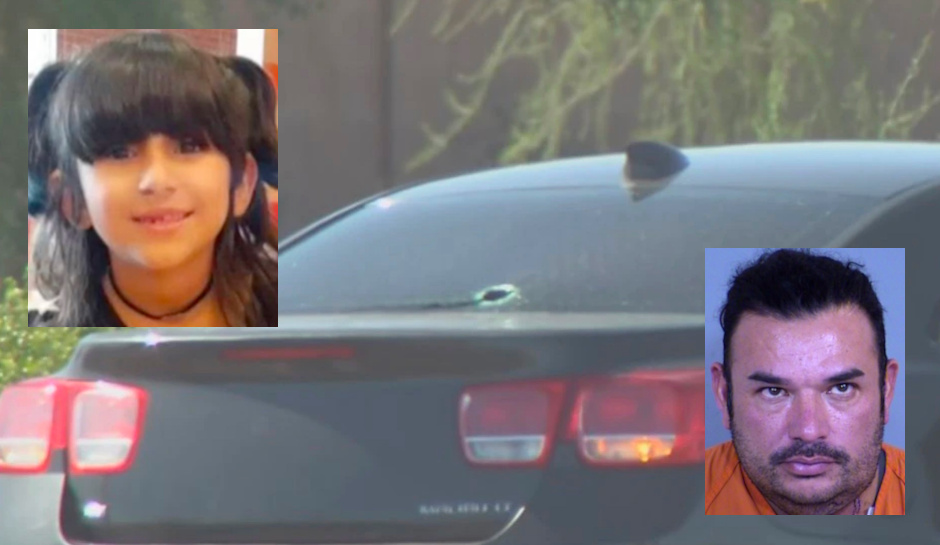 An 8-year-old girl shot during an Arizona road rage incident last week has died, and the man police say is responsible has been charged with her murder.

Sidney Garrand, 48, also faces four counts of assault and one weapons and explosives count, according to Maricopa County jail records.

Court documents Phoenix police received multiple calls about two men fighting in the street at about 11 a.m. last Thursday, KTVK reported. They arrived to find that the fight had escalated into something much more tragic.

Cassidy Moreno’s 28-year-old father told police that the incident began when Garrand apparently became upset when the father turned left in front of him at a four-way stop. Garrand reportedly turned around and followed the man and his family, which included his wife and three daughters. The family was on their way home from the girls’ school awards ceremony.

At a traffic light, the father and other witnesses say Garrand pulled up behind the other vehicle, got out of his Jeep, walked up to the family’s car, and punched the father through his open window.

The father got out of the car with a folding knife and began swinging at Garrand, because, he said, he feared for his family’s safety. Witnesses reported that Garrand had the father by the neck at one point but that the dad injured Garrand with the knife and got away from him.

He got back into his car to drive away, while Garrand got a handgun from the passenger side of the Jeep. The family heard gunshots — a witness reported five or six rounds — and the mother looked into the back seat and saw Cassidy bleeding. She called 911, and the girl was rushed to the hospital in extremely critical condition. She died Saturday afternoon.

Investigators said he refused to speak with detectives after his arrest and invoked his right to an attorney.

According to the court documents, the father believes Garrand was aware that his family was in the car because he looked into the back seat when he punched him through the window.