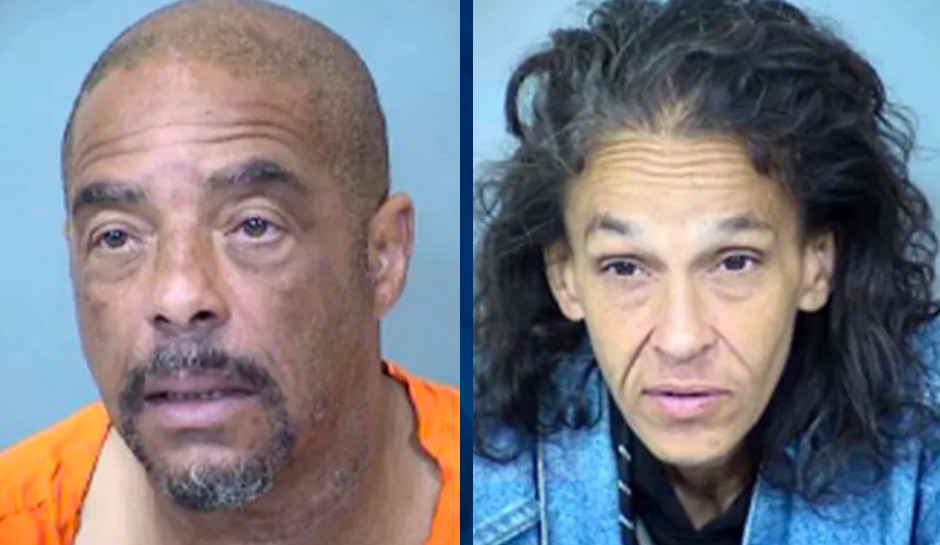 Elderly Air Force Veteran Who ‘Would Help Anybody’ Found Dead, Dismembered in His Home

An Arizona man and woman have been arrested in connection with the vicious death of an elderly Air Force veteran who was found dead and dismembered in his home.

Police said that the victim’s family contacted them when they hadn’t heard from him in a couple of weeks. Officers who first checked the Phoenix home saw nothing amiss, but when the man hadn’t been heard from in another two weeks, they went back with firefighters and forced their way inside.

The officers first noted the foul smell inside the home and then found two black trash bags in the bedroom — both containing body parts. The officers retreated and called in homicide detectives and a forensics team, who found blood on the living room ceiling and on walls and furniture. Additionally, they said, it appeared someone had tried to clean up blood from the floor.

And then they found a human head still attached to an upper body in a pile of linens. All of the body parts belonged to the victim, a man identified by neighbors as 80-year-old Kenneth Peterson, according to KPNX.

Upon learning the man’s pickup truck was missing, investigators tracked it down to a motel just down the street from the home, where they found Wallace and Gonzalez and took them into custody on Thursday. According to court records, the pair lived off and on with the victim, but Gonzalez told detectives that they hadn’t stayed there recently because of Wallace’s behavior.

Wallace declined to speak with detectives without an attorney.

Investigators aren’t clear on when the victim was killed, court records say, but Gonzalez told them that she and a friend came to the house on September 30 and saw blood on the floor and later found his body.

Further evidence came from items belonging to the victim that Wallace and Gonzalez pawned for $50 last week, including a camera bag and camera and a 10-inch chainsaw with a pole attachment. Investigators found the victim’s business car inside the camera bag and could smell decomposition on the chainsaw when they processed it. Additionally, they found pieces of flesh and ligaments on the blade.

Neighbors were stunned and said the victim was “a good neighbor who would help anybody.”

“It’s a sad thing to happen to him,” said Ruby Lowry, who told the TV station she’d known him since he moved into the neighborhood in the 1970s. “He didn’t deserve that.

“I hope they get what they deserve, because he would help anybody. “That’s probably why he had them over there.”

Wallace is being held on a $1 million bond, KSAZ reported.