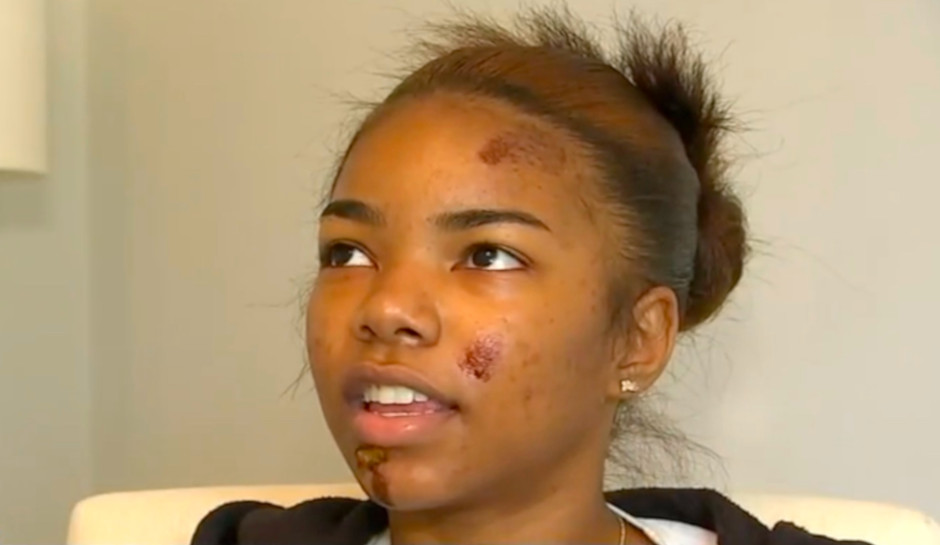 A North Carolina teenager leapt from a moving car when she feared she may have been drugged by a Lyft driver.

Eziya Bowden, 17, said the driver first made inappropriate comments about her looks and that he’d date her if she wasn’t so young, then sprayed something in the air multiple times.

“How many boys flirted with you? He said that right away,” Bowden told WTVD. “If I’m riding with a stranger, I’m always nervous, but I knew, this was different. I knew that I wasn’t going crazy or anything, I knew that my body has never felt like that before. I’ve seen a lot of this so I knew I was feeling drugged.”

Bowden said she felt dizzy and warm after the driver sprayed the unknown chemical in the air.

“When I got in his car, it did smell like cigarettes, so when he sprayed one time, it was already like, oh it no longer smells like that,” Bowden said. “But for you to keep spraying it, then roll your windows up, like I know how it’s not about me being nervous or anything. I’m just like, I know how it made me feel.

“I was very scared, but then again I was more so like I’d rather get out this car than fall asleep in a car with this man I don’t really know,” Bowden said.

So she opened the door and jumped. Bowden said she lost consciousness for a moment, until she came to on the ground. The Lyft driver, she said, turned around and came back — but pretended he was just a bystander and called 911.

Bowden was briefly hospitalized with minor injuries but is now back at her home.

Lyft told WTVD they’d removed the driver’s access to the Lyft platform and would assist in any investigation, but Raleigh police said no charges were being filed.

Bowden said, “It doesn’t really bring peace to me at all.”

She said Lyft issued her a refund for the drive, but she doubts she’ll even take a ride-share again.