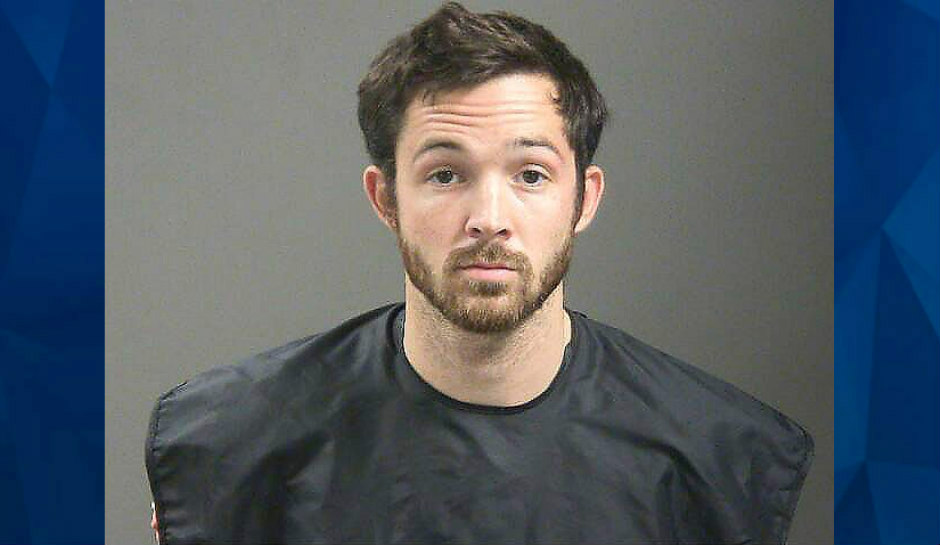 An executive and heir to the Tyson Foods meat empire was arrested over the weekend after he allegedly got drunk and fell asleep in a stranger’s home, the Arkansas Democrat-Gazette reports.

Around 2 a.m. Sunday, a woman called police to report that a man she did not know was sleeping in a bedroom of her home in Fayetteville, Arkansas, about 10 miles from the company’s headquarters.

The woman reported to dispatchers that she may have left the front door unlocked, which is potentially how the man go into her home. Officers who arrived at the residence found the man in a back bedroom while his clothes were at the front of the bed.

Police found the man’s driver’s license, which identified him as John R. Tyson, the chief financial officer of Tyson Foods and great-grandson of its founder. Officers attempted to wake Tyson, but he did not respond initially. At some point, Tyson sat up briefly but then returned to bed and attempted to go back to sleep.

The responding officers reported that Tyson’s breath and body had an alcoholic odor and that he appeared to be moving in an uncoordinated and sluggish manner. The 32-year-old was arrested on charges of public intoxication and criminal trespassing. He was booked into jail and released on Sunday evening on $415 bond.

In a statement to KNWA-TV, a company spokesperson said: “We’re aware of the incident and as this is a personal matter, we have no additional comment.”

Tyson was appointed CFO less than six weeks ago and is the company’s executive vice president, Forbes reports. He is a graduate of Harvard and Stanford universities and has an annual salary of $1.2 million, according to Forbes, citing company statements.

Forbes estimates that the Tyson family is worth $3.1 billion. Tyson’s father is presently the chairman of the company board.

Tyson is scheduled to appear in court on December 1.