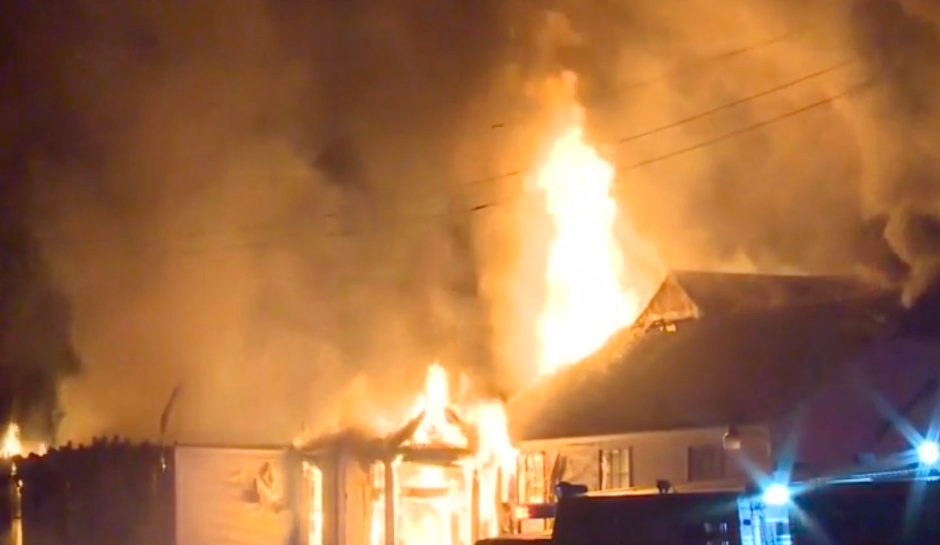 Early on, Jackson police named Delvin McLaurin as a person of interest in the fires and released photos of him on social media.

The Hinds County Sheriff’s Office said a tip led them to McLaurin near the Hinds-Copiah County line, where he was arrested Tuesday evening. They said he would be transferred to the Jackson Police Department for questioning.

Assistant Jackson Fire Chief Patrick Armon told the Clarion Ledger that he got the call about the fires at about 2:30 a.m., according to WAPT.

“Since the incident, we have put out all fires as we continue the investigation.”

The Epiphany Lutheran Church on Isaiah Montgomery Street, one of the oldest predominately Black Lutheran churches in Mississippi and right on the edge of the Jackson State campus, was completely destroyed by flames. The fire burned there for more than four hours, officials said.

The Sunday school area of Greater Bethlehem Temple Church, two blocks off campus, was also destroyed. A building on Jackson State University’s baseball complex was also destroyed. Most of the other locations were very near the school, except for two that were a few miles to the southwest.

Both of the churches involved have long been pillars of the community.

“This church has been here since back in the 1940s,” Epiphany member Bobby Hathorne said. “It’s one of the oldest predominately Black Lutheran churches in the state of Mississippi. This is a shock to us that something like this could happen.”

Greater Bethlehem communications director Ervin Ricks said that it’s the job of the church “to overcome evil with good.”

“We can’t always understand why people do evil, but we know that it’s our job,” he said. ” … That’s why we’re committed to continue to help this community.”