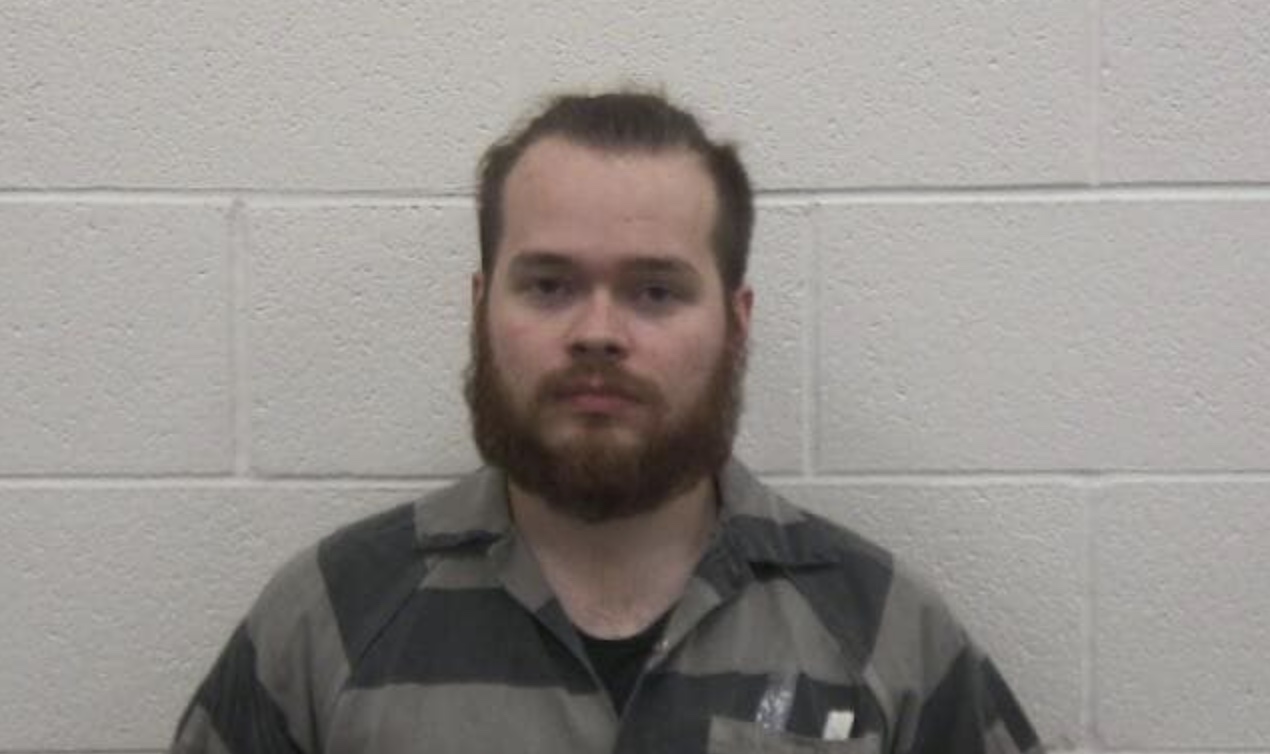 A Tennessee man has been arrested after he went to police to complain that the father of a woman he was stalking had threatened him.

Jacob Yerkes, who previously worked at a Cracker Barrel with the victim, was charged with aggravated stalking and harassment, according to the Loudon County Sheriff’s Office, which said more charges are possible.

Yerkes filmed his encounter at Lenoir City Police Department on November 2, in which he told the deputies that he was trying to play a song for the former co-worker so he could “give her own choice” to be with him. When she fled him, he chased her for several blocks.

He told the deputies that all women “have rape fantasies.” “Women are crazy. I felt like she wanted me chasing her,” Yerkes said.

“But it wasn’t chasing,” he said. “It was like going down a couple of streets. That’s like fun to women. Women like that. There’s a little bit of excitement.”

Afterward, he said, her father called him and threatened him to stay away from his daughter.

At the end of the video, back in his vehicle, Yerkes complains that “this woke belligerent LGBT s***” is influencing the woman and he didn’t understand why the officers, who he described as “traditional a** m***********,” didn’t support his efforts to “try and get her to be straight.”

In the description of the video, Yerkes wrote that he “should of taken matters into my own hands.”

The police department and the sheriff’s office launched an investigation at that point, and as Yerkes’s 8-minute video went viral the FBI’s Joint Terrorism Task Force stepped in to assist.

In the course of the investigation, White said, investigators found enough evidence “to elevate the charge from just a stalking and harassment charge to harassment and an aggravated stalking.”

Detectives located him on Tuesday and took him into custody. Yerkes kept talking.

“He did say some more bizarre things that gave us concern,” White said.

Yerkes is currently being held without bond at the Loudon County Jail.

Yerkes’s YouTube channel mostly contains his arguably bad music with a few lengthy videos in which he wanders around public buildings complaining that he’s being denied his first amendment rights when he’s barred from entering restricted areas.

The last song posted before his arrest, called “Don’t Grab Her by the P****,” includes the lyric, “We are beasts, it’s justified rapin.”

In another rambling video, he says he wants to “serve God.”

Commenters on the viral video of his encounter with Lenoir City police officers were largely negative.

“This delusional incel is a serious danger to women,” one said, according to the UK tabloid Mirror.

Another said Yerkes “is 100 percent convinced that if he raped her, she would enjoy it and it would turn her straight and she’ll fall in love with him.

“That’s scary. I’d be making threats if I was her dad too.”