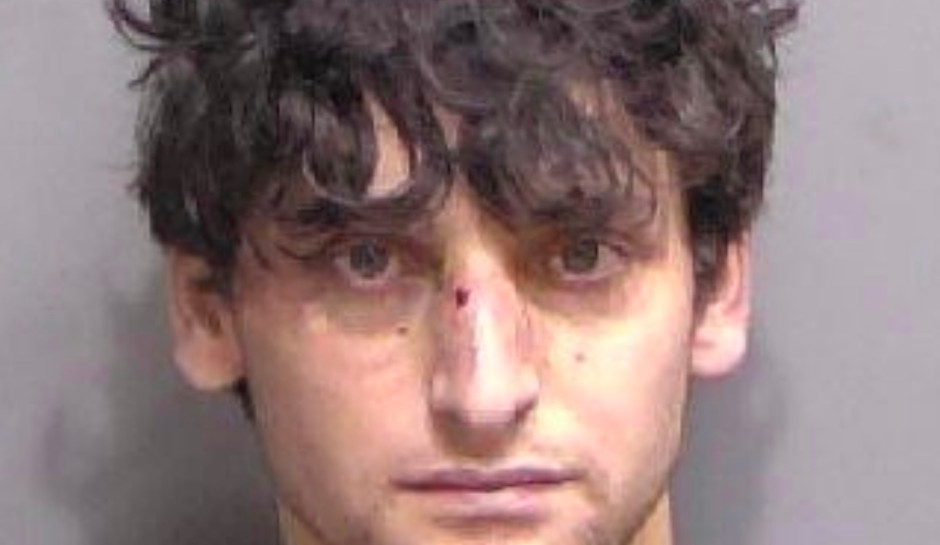 The Flagler County Sheriff’s Office responded to a Palm Coast address just before 3 a.m. when a 911 caller reported a man at her front door claiming that he had been attacked.

The victim told arriving deputies that he believed the suspect had attacked another member of the family as well.

Deputies went from there to the home where the attacks took place and found the suspect, standing near a man on the floor who appeared to be severely injured or possibly dead. Deputies ordered the suspect, later identified as Luke Ingram, out of the home. He complied with that order, but refused further commands to turn around or kneel.

After a tense five minute standoff, deputies tased Ingram and he fell to the ground. Once secured, he could be heard on a deputy’s body camera telling them to “Kill me. Kill me.”

Fire and rescue personnel entered the home and pronounced the second victim dead just before 3:30 a.m.

The sheriff’s office said Ingram attempted to escape after he was brought to the Flagler County Courthouse. He reportedly pulled his handcuffed arms through his legs and attacked detectives and deputies there.

“After a significant struggle and multiple taser deployments, he was again subdued and transported to AdventHealth-Palm Coast for medical clearance before being taken to the Sheriff Perry Hall Inmate Detention Facility,” the sheriff’s office said.

A detective was also treated at AdventHealth and released.

Ingram, from Dundwoody, Georgia, has been charged with second degree murder, domestic violence battery by strangulation, resisting without violence, resisting with violence, and aggravated battery on a law enforcement officer. He’s being held without bond, according to jail records.

“We are working diligently to find answers as to what caused this tragic attack on family members early this morning,” he said. “Our condolences to the family and all involved in this case.”

Investigators provided no further information about the fatal attack itself, although Staly said Ingram’s mental state likely played a role.

“That is still part of the investigation, and ultimately it’s up to the courts to determine that part of any case,” the sheriff told FlaglerLive.

According to the arrest report, Luke Ingram suffers from schizophrenia. The report says he had been acting strangely while at college in Georgia, and family members persuaded him to come to Palm Coast. He arrived at the house Tuesday evening, the report says, and spent dinner staring at a family member. In the night, his father awoke to the sounds of screaming and found his own father bloody and unresponsive. Luke was sitting in a chair.

Clint Ingram began to call 911, telling his son he needed help, but Luke attacked him and choked him before he freed himself and ran to the neighbor’s home.