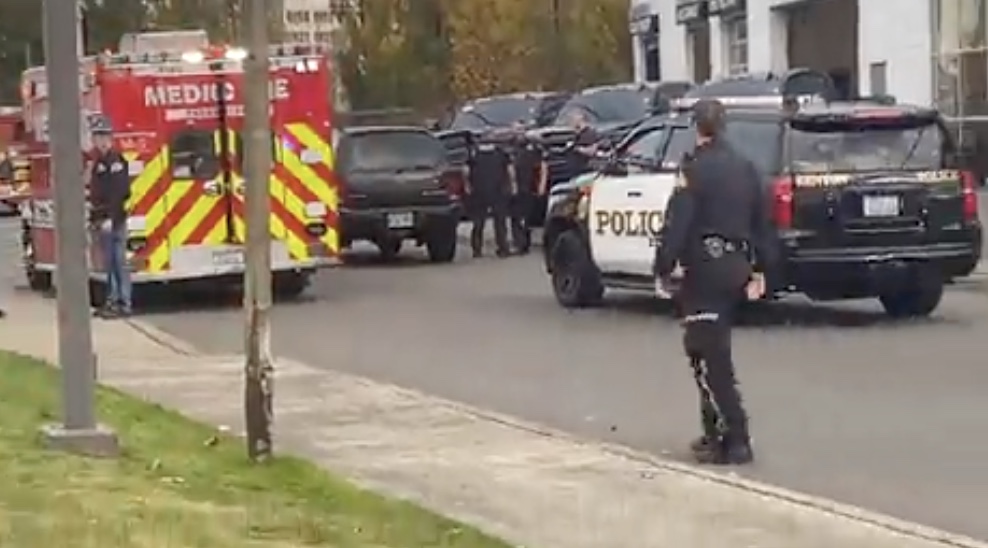 Investigators in Washington state are searching for the driver of a dark blue Ford Mustang who allegedly fired into another vehicle and struck a 9-year-old boy.

According to KIRO, the boy, struck in the mouth and upper chest, suffered life-threatening injuries and was rushed to Harborview Medical Center in Seattle, where he was listed in critical condition.

The suspect vehicle is still outstanding. If anyone has information please call the @wastatepatrol.

The driver of the Mustang and the driver of a Dodge Durango, which was carrying the victim, initially made contact with each other on State Route 167 in Renton, KCPQ reported. They exited the highway and stopped, and the Durango driver got out and approached the Mustang.

The Mustang driver then fired into the Durango and hit the boy before speeding off.

The circumstances that started the road rage incident aren’t clear.