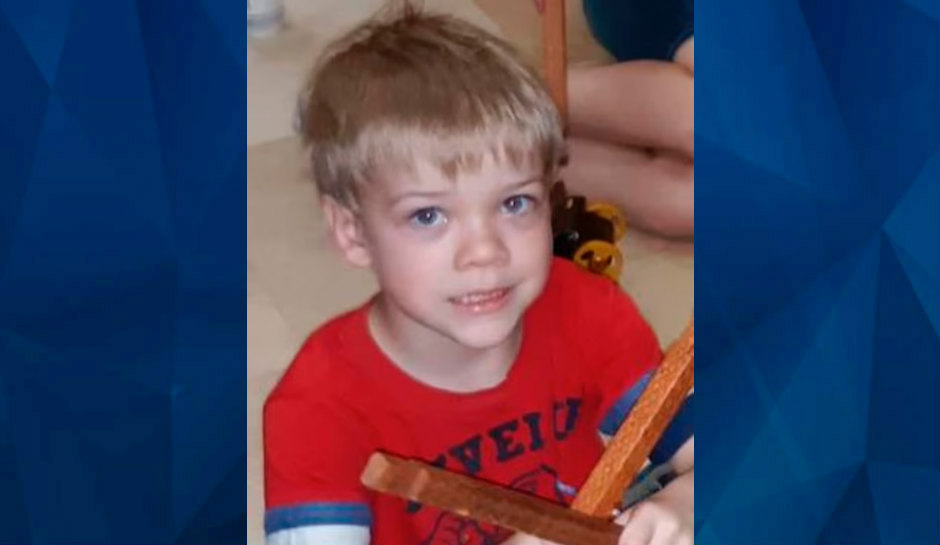 Authorities are searching the backyard of an Idaho home in connection with an investigation into the disappearance of a 5-year-old boy who has been missing for more than a year, KIVI-TV reports.

J.D. Huff, chief of the Fruitland Police Department, said law enforcement received a “credible tip” leading them to conduct the search, which started on Friday, according to the television station.

Police activity was visible at a residence only a few minutes away from Vaughan’s home.

A white fence around the backyard impeded much of the view, but an excavator was visible digging in the backyard, located in the 1100 block of Redwing Street. A dumpster was also visible at the scene, which was roped off with crime scene tape, according to KTVB-TV.

A couple who live at the home do not own the property and at this point, police have said there is no apparent link between the couple and the Vaughans.

“During the course of the investigation, we received information the remains of Michael Vaughan might be found (behind the house) . . . As a result, we obtained a search warrant. We have not found anything yet but we will continue to excavate in hopes of finding his remains,” Huff told KTVB-TV.

Authorities have gathered a significant amount of data and information in connection with the investigation and have served 27 search warrants in addition to conducting dozens of other consensual searches, KTVB-TV reports.

Multiple agencies were spotted at the search, including the Fruitland Police Department, Idaho State Police, Idaho Mountain Search and Rescue, and K-9 units.

Nothing was found Saturday but crews were expected to continue Sunday morning.

Vaughan, who has blond hair and blue eyes, was last seen wearing a “Minecraft” T-shirt with boxer briefs and blue flips flops. When he disappeared he was 3-foot-7 and weighed about 50 pounds.

More than $50,000 is being offered for information about Vaughan’s whereabouts. To report a tip, email findmichael@fruitland.org or call the Fruitland Police Department dispatch line at 208-642-6006.