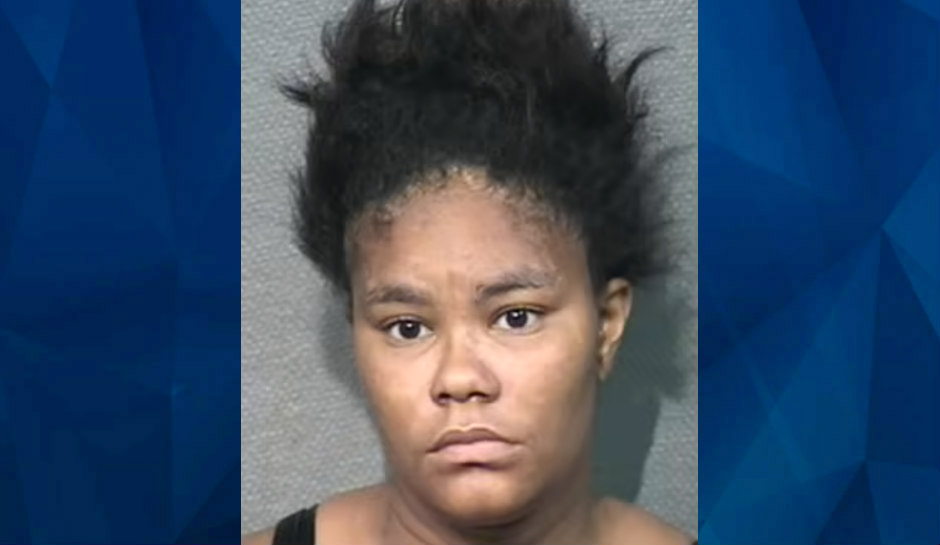 A Texas woman with a history of alleged child endangerment is accused of injuring her 4-year-old autistic son after he was brought to the hospital with multiple wounds, KTRK-TV reports.

On Thursday, police in Houston arrested 27-year-old Brittany Natasha Jasmine on a charge of injury to a child.

The mother of four allegedly left her two younger sons, who are 1 and 4 years old, with a guardian in September. The guardian brought the 4-year-old to a hospital because he had a black eye, bruises on his body, marks on his thighs, and swelling on his stomach, according to court records obtained by the television station.

During a Saturday court hearing, a prosecutor described the injuries: “Black right eye, two large bumps on the right and left side of the head, bite marks on the shoulders, multiple large bruises on the back consistent with being possibly struck with a hanger, scabbing throughout the body, bruising on the legs,” KTRK-TV reports.

Hospital staff told police that the 4-year-old boy, who was still wearing a diaper because he had not been trained to use the bathroom, was underweight.

The guardian reportedly told officers that the 1-year-old child was Jasmine’s “favorite son” and that her abuse mainly focused on the 4-year-old. The guardian alleged that Jasmine wanted custody of the child solely to collect welfare benefits.

The 4-year-old allegedly said to the guardian that “mama punches me,” and a couple who had previously lived with Jasmine alleged that the woman’s kids had to plead for water and food, the television station reports, citing court documents.

In 2017, Jasmine was charged with endangering one of her two older sons. At the time, the boy was just one year old and had nearly drowned at a public pool, according to KPRC-TV. Lifeguards told investigators that Jasmine was dunking the boy in the water repeatedly and that the child eventually lost consciousness, requiring efforts to resuscitate him.

One of the lifeguards reported that Jasmine was pulling the boy by his legs and dunking him in the water, prompting the lifeguard to tell Jasmine to stop. Jasmine allegedly responded that she was attempting to teach the child how to swim and didn’t know she was harming him, KPRC-TV reports.

Prosecutors dismissed the charge because they could not prove it beyond a reasonable doubt, according to KTRK-TV.

The two older boys, now ages 6 and 8, were at their grandmother’s home on Friday.

The grandmother, Joyce Wallace, told KTRK-TV that the older boys are now doing well. She also had a message for her daughter.

“Straighten up her life and get better because she’s got four boys she needs to commit herself with and try to straighten her life out,” Wallace told KTRK-TV.

A public defender for Jasmine has said she was recently living in a shelter for victims of domestic violence. Jasmine is being held on a $30,000 bond.