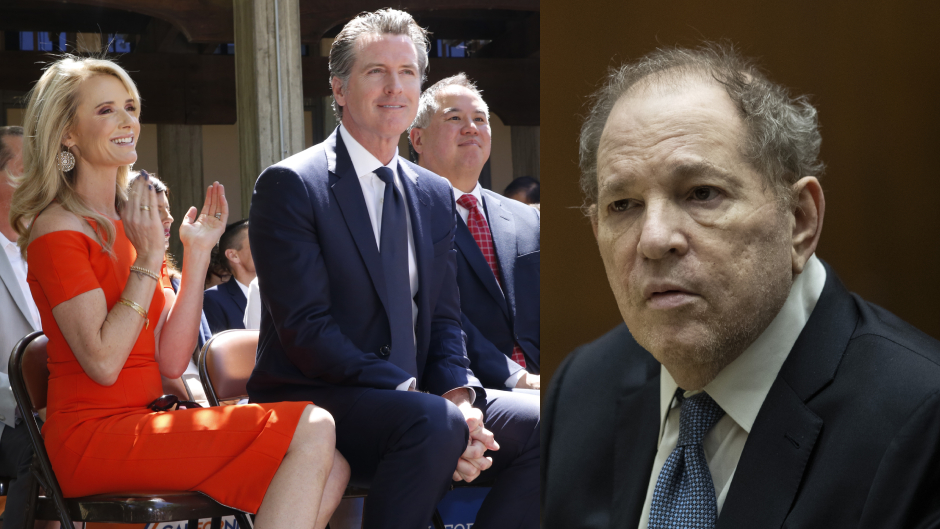 The wife of California Governor Gavin Newsom testified on Monday about Harvey Weinstein raping her in 2005.

Weinstein, 70, is charged with 11 counts of rape, forcible oral copulation, and sexual battery for reported incidents that occurred in Los Angeles and Beverly Hills between 2004 and 2013. The New York Post reported that the governor’s wife, Siebel Newsom, cried while recounting being raped by the producer at a Beverly Hills hotel during that time period.

According to the New York Post, prosecutors also asked Siebel to describe Weinstein’s physique, to which she said, “Lots of bruises, markings, yellow and green, lots of stretch marks on his belly, very not physically fit at all. Looked uncircumcised and strange though, kind of fish-like, the penis, something was distorted in the testicles … Lots of skin, lots of skin down there.”

The Los Angeles Times reported that Governor Newsom was in a room down the hall during his wife’s testimony after he was denied entry to the courtroom. His wife is the seventh woman to testify against Weinstein as the trial goes into its fourth week.

Siebel said she was 31 when she met Weinstein at the Toronto International Film Festival a few weeks before the reported assault. She also testified that she had not yet met her husband.

Weinstein allegedly invited Siebel to his suite at the Beverly Hills hotel under the guise of talking to her about her career aspirations. Siebel recalled there being a bottle of champagne in a bucket in the room, but she decided to stay despite feeling that Weinstein perceived the meeting as a date.

According to The Los Angeles Times, Siebel went on to recount being raped by Weinstein and being forced to sexually pleasure him as she “just wanted to get the f**k out of there.”

“You don’t say no to Harvey Weinstein,” she testified. “Because he could make or ruin your career.”

Weinstein is currently serving a 23-year sentence in New York for rape and assault. He has denied any sexual misconduct and pleaded not guilty to all charges in the case in California.