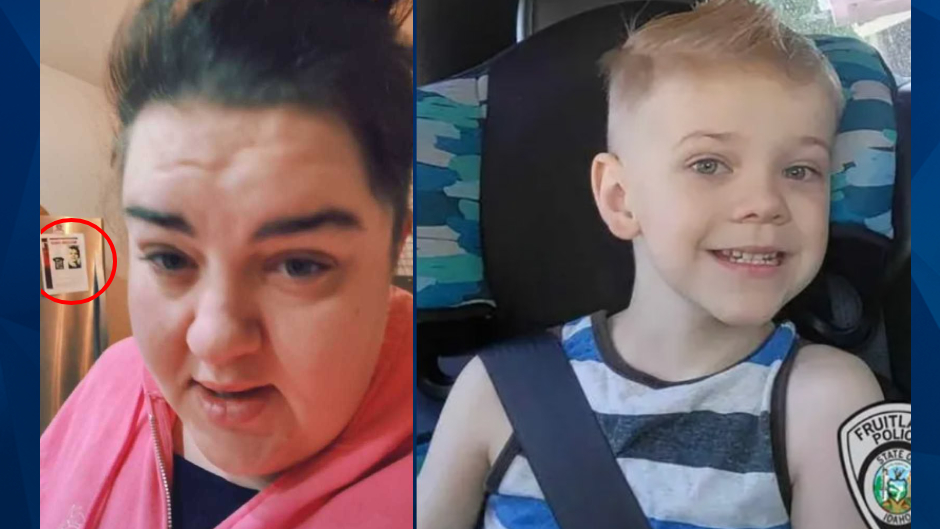 A woman who was arrested on Monday for not reporting the presumed death of a 5-year-old Idaho boy who vanished last year allegedly filmed herself in front of his missing posters for videos she posted to TikTok.

Sarah Wondra, 35, was arrested as Fruitland police searched the backyard of the home she resides at. Fox News reported that following Michael Vaughan’s disappearance in July 2021, Wondra posted multiple videos to social media in which she talks while standing in front of the boy’s missing poster on her refrigerator.

In one of the videos, Wondra allegedly talked about being in prison.

Wondra is charged with failure to notify authorities of a death. Wondra reportedly has no connection to Vaughan’s family.

The home police have searched is located not far from where Vaughan vanished in July 2021. Fruitland police Chief JD Huff said a credible tip from someone in the home led to the latest search and, presumably, Wondra’s arrest.

At the time he vanished, Vaughan was believed to have walked out of the home and down the street. His mother, Brandi Neal, thinks he was trying to find other children to play with.

Fox News reported that the probable cause affidavit in the case has been sealed so as to not compromise the ongoing investigation. However, police have said additional arrests could follow.

Wondra remains jailed on a $500,000 bond. KIVI reported that she has been ordered to undergo a competency evaluation.

Wondra said during Monday’s hearing, “I know what they’ve said. It’s not correct.”