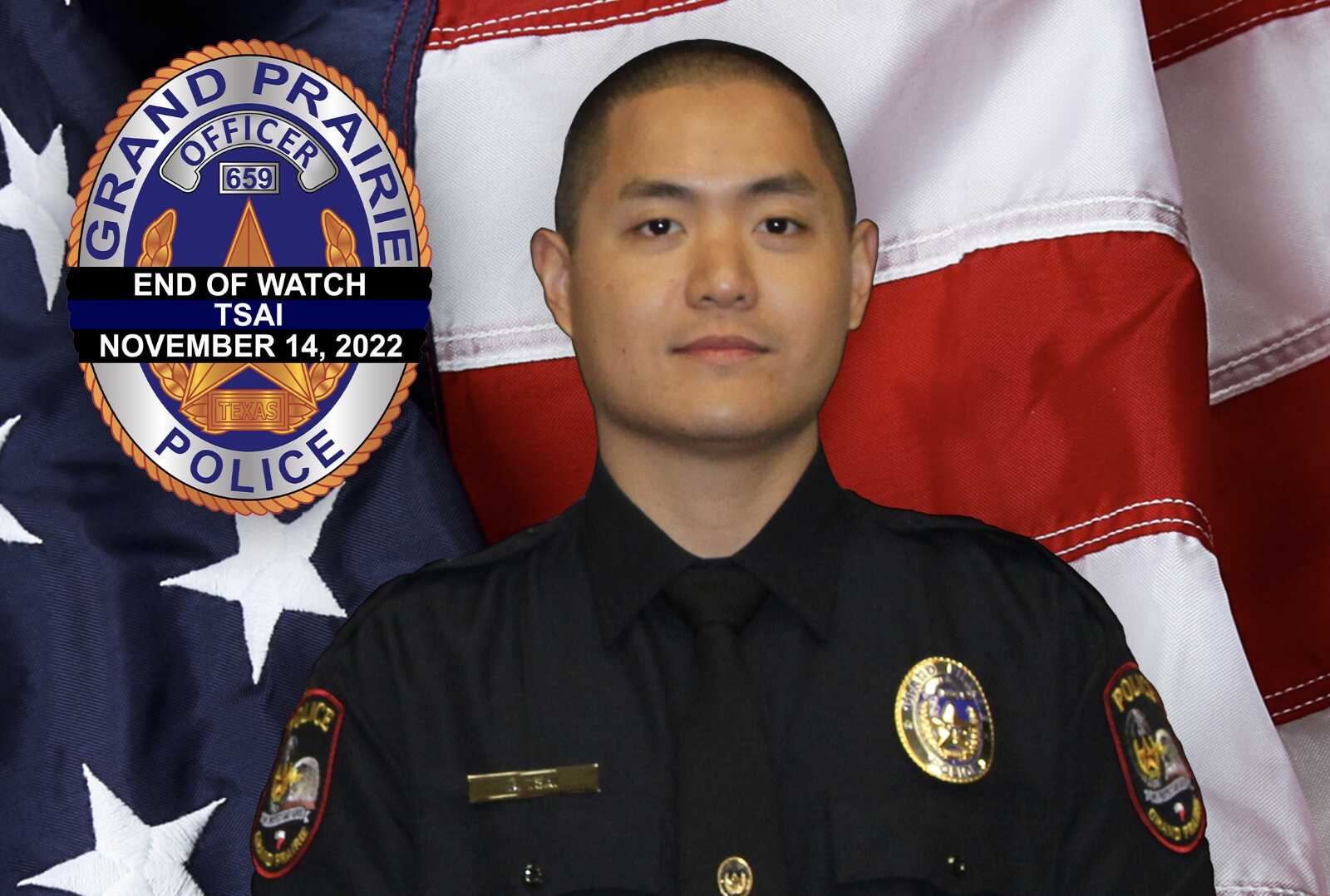 A Texas police officer died Monday night when he crashed his patrol vehicle while pursuing a driver with a fake paper license plate.

The Grand Prairie Police Department said that Officer Brandon Tsai spotted the vehicle shortly before 11 p.m. and attempted a traffic stop, but the driver sped off, KXAS reported.

During the pursuit, the department said, Tsai lost control and hit a light pole.

The Grand Prairie Police Department is mourning the loss of one of our officers who died in the line of duty. It is with heavy hearts that we report Officer Brandon Paul Tsai passed away after being involved in a traffic collision Monday night.

He was taken to Methodist Dallas Medical Center and died there from his injuries.