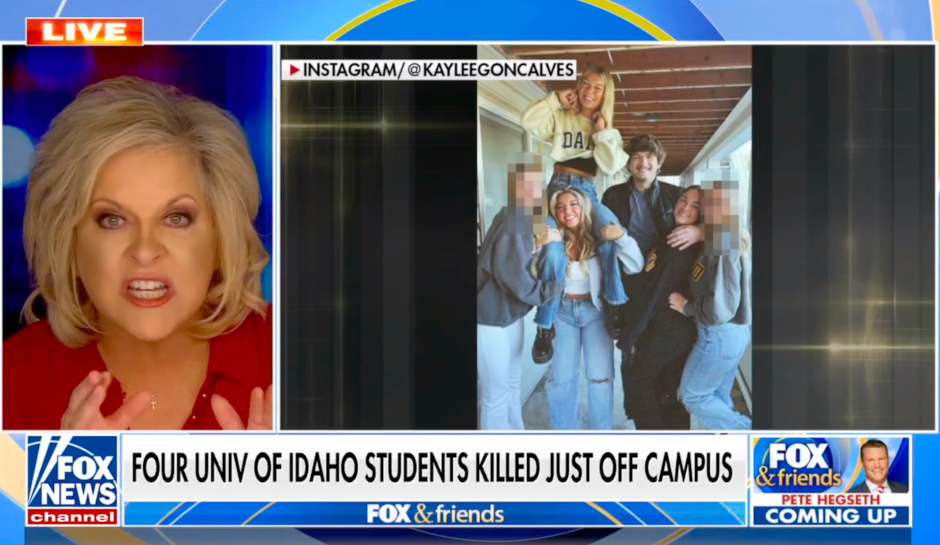 Nancy Grace: Who Killed 4 Univ of Idaho Students and How?

The murders of four University of Idaho students over the weekend have left the Moscow community rattled, with students “leaving in droves,” CrimeOnline’s Nancy Grace says.

“Fear is hanging over the community because of no arrests,” she told Fox News.

Moscow police say the four — Ethan Chapin, 20; Madison Mogen, 21; Xana Kernodle, 20; and Kaylee Goncalves, 21 — were killed by a weapon with a serated edge in a “targeted attack,” as CrimeOnline previously reported.

“Very interesting how four students can be overcome with a knife not a gun,” said Grace, adding that it leads to speculation that the group may have been sleeping at the time of the attack.

A late night video, she said, “reveals two of them out getting snacks at a food truck just a couple of hours before the murders.”

Grace discounted any suggestion of a murder-suicide, calling that “very hard to believe.”

“I don’t see a murder suicide here,” she said. “They were pictured a couple hours before happy and healthy.”