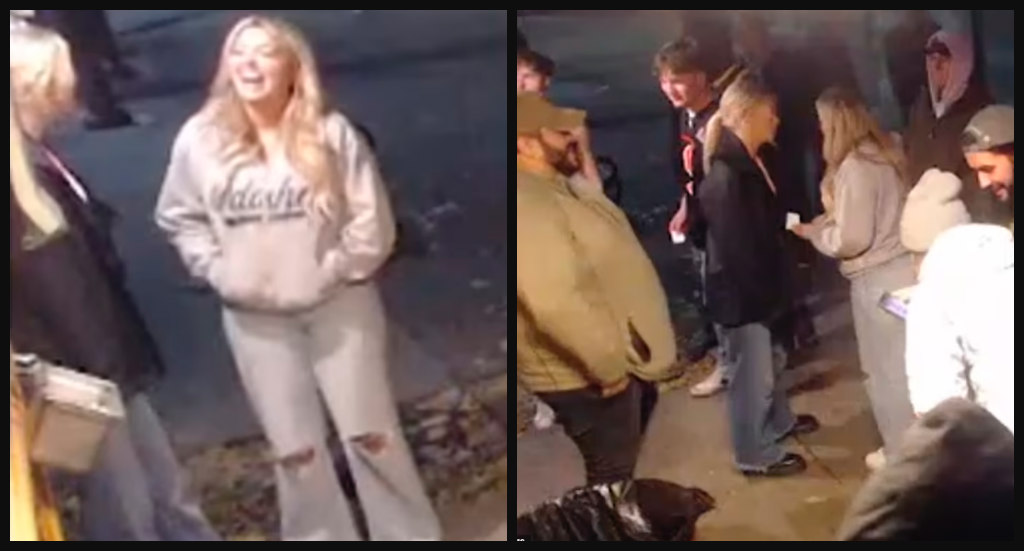 Newly-released footage shows two of the four University of Idaho homicide victims hours before their deaths, as they ordered food and spoke with others at a food truck in Moscow.

A local official described the slayings as a “crime of passion,” while Moscow police indicated that it was an “isolated, targeted attack, and there is no imminent threat to the community at large.”

The victims were found dead from what police described as a knife or edged weapon attack, although the weapon has not yet been located. No suspects have been named at this time.

DailyMail reports that the victims’ last hours were live-streamed on Twitch early Sunday morning in Moscow by food truck operators, Grub Truckers. Between 1:33 a.m. and 1:43 a.m. Sunday morning, Madison and Kaylee were seen waiting for their order by the food truck and chatting with others.

Close to two hours later, the pair, along with Xana and her boyfriend (who was spending the night at the girls’ off-campus rental) was stabbed to death.

“There was blood everywhere. We have investigators who have been on the job for 20, even 30, years, and they say they have never seen anything like this,” a police source told DailyMail.

The outlet described the scene as “blood oozing through the walls” of the rented home located near the campus, along with blood found on the side of the house and the back porch.

Latah County Coroner Cathy Mabbutt added that the scene was “very sad” and there was “lots of blood,” according to 11Alive News. Federal agents were called in to assist the Moscow police, along with the Idaho State Police, and the Latah County Prosecutor’s Office.

“We do not believe there is an ongoing threat for community members,” Moscow police said in a statement Tuesday.

“Investigators are continuing to work diligently on establishing a timeline of relevant events to re-create the victims’ activities on the evening of November 12 and early morning of November 13, following all leads and identifying persons of interest.”

Meanwhile, investigators’ lack of answers has left the community and the victims’ loved ones reeling. According to CNN, Ethan’s father, Jim Chapin, released a statement Wednesday, urging police to release additional information.

“There is a lack of information from the University of Idaho and the local police, which only fuels false rumors and innuendo in the press and social media,” Chapin said.

“The silence further compounds our family’s agony after our son’s murder. For Ethan and his three dear friends slain in Moscow, Idaho, and all of our families, I urge officials to speak the truth, share what they know, find the assailant, and protect the greater community.”