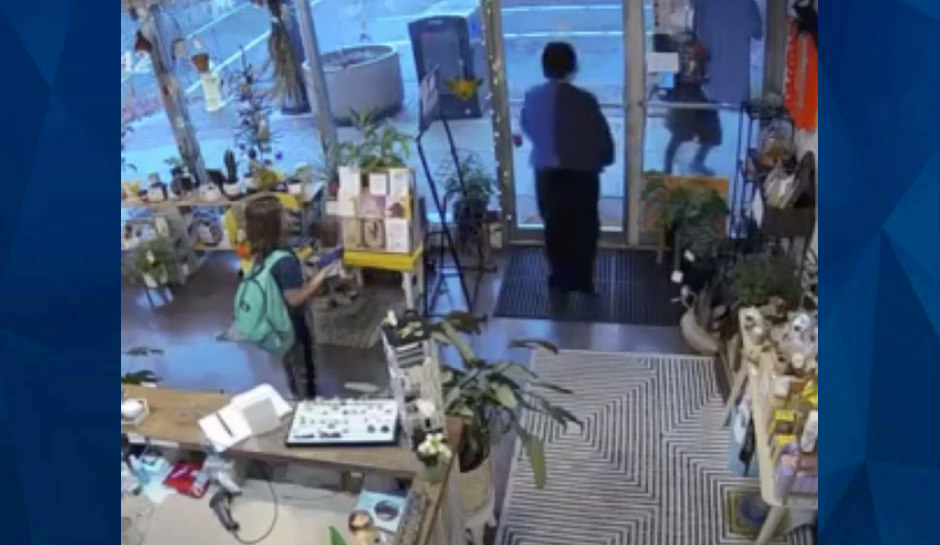 A Pennsylvania boy and teenage store clerk are being praised for quick thinking on their feet in evading a woman who was acting suspiciously, WCAU-TV reports.

On Friday, 10-year-old Sammy Green was walking home after school when a woman started following him on High Street in Pottstown. The woman began walking with Sammy and asked him numerous questions that made him feel uncomfortable, including questions about his family and his father.

The stranger then invited the fourth grader to join her at a Wawa convenience store.

“She said she probably knew me and was going to Wawa and that he was supposed to go with her and he could get anything he wanted,” Sam Green, the boy’s father, told WPVI-TV.

“She was like, ‘I’m going to Wawa. Are you going there? What are you getting from Wawa? Where’s your family at?’” the boy said in an interview with CBS Philadelphia.

Amid the questioning, the boy walked into the Dani Bee Funky plant store and sought help from a 17-year-old cashier, Hannah Daniels. He asked her to pretend she was his mother while the woman stood outside.

Daniels can be seen in surveillance footage walking to the store’s front door and locking it. The woman proceeds to walk away.

“I was still shaking when I was in here,” the boy told CBS in an interview after the encounter.

Sam Green, the father, said what happened is an important lesson for parents.

“When we were watching that video, I cried every time I saw it,” Sam Green told WPVI-TV.

“Think of every scenario and make sure that children know and also practice it. Practice your situations and scenarios just like fire drills,” he added in an interview with WPVI-TV.

Dani Small, the store owner, applauded the actions of both the boy and Daniels.

“I am very proud of her,” Small told WPVI-TV. “Hannah is a 17-year-old young lady. She did everything correctly.”

Investigators later located the woman, who is homeless, and said she was receiving mental health treatment.

Pottstown is about 40 miles northwest of Philadelphia.