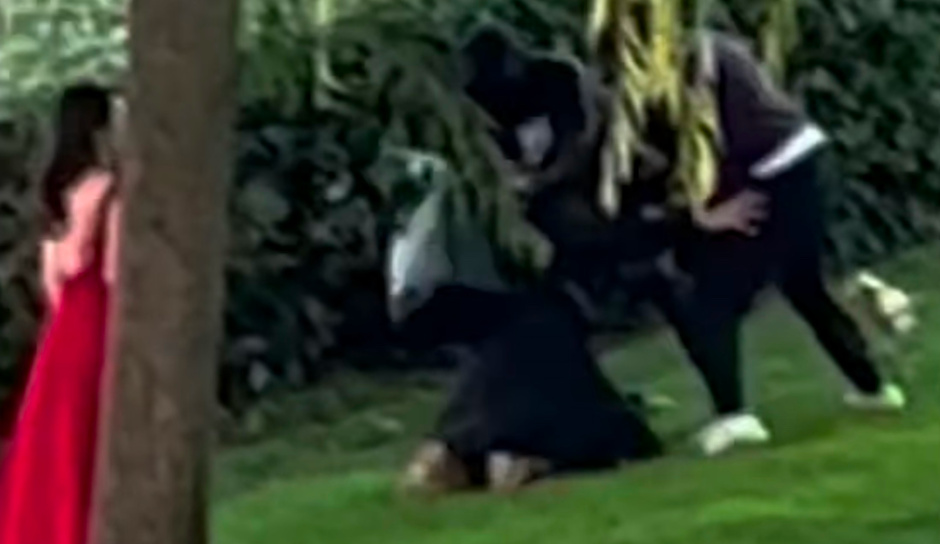 Two photographers were attacked for their gear last week at San Francisco’s picturesque Palace of Fine Arts, one while shooting wedding photos for a young couple.

Video shot by a witness of that attack shows two masked and armed men in a protracted struggle for the cameraman’s bag as the pistol-whipped photographer refuses to give up his equipment.

The two men flee into a white car parked on the street — without the camera bag — but a photographer shooting earlier in the day lost his equipment to two men who sped off in a similar vehicle.

The photographer who successfully defended his equipment — and his clients’ photographs — told KGO that at the time of the attack, he wasn’t thinking about potential consequences.

“I was just freaked out,” said the photographer, a new father who flew to San Francisco from Dallas for the shoot. “I tried to protect the client’s memories. The bride was crying the whole time.”

A post shared by SF Streets aka Streets (@sfstreets415)

The photographer, who asked to remain anonymous, said he wouldn’t be shooting at the Palace of Fine Arts again.

The brazen attack took place at about 4:40 p.m. on November 9 at one of San Francisco’s most popular photographic spots. Earlier in the day, another photographer captured a video of the successful robbers’ escape as the despondent camera climbed the hill after them.

San Francisco police said they were investigating and using evidence obtained at the scene, presumably including the videos, in hopes of identifying the perpetrators.

The attacks, and several more in recent years have prompted some professional photographers to say they will no longer shoot in the City by the Bay. Rama Photo Video, the photographer who captured the footage of the successful robbety last week, posted that video to Instagram with a warning that San Francisco “is not a safe place to shoot anymore sadly.”

“Please keep your gear and yourself safe please try to stay out of SF,” he wrote.

San Francisco-based wedding photographer Monica Lam told KPIX that she saw the video of the attack and that it scared her.

“It does change things for me for sure. I think possibility next year, I won’t have that many shoots in SF anymore,” she said.

Another San Francisco-based photographer, Annie Zou, said that dropping out of the city isn’t an option for her.

“All my couples are traveling from out of state, they want the most signature locations, so it’s really hard for me,” she said.