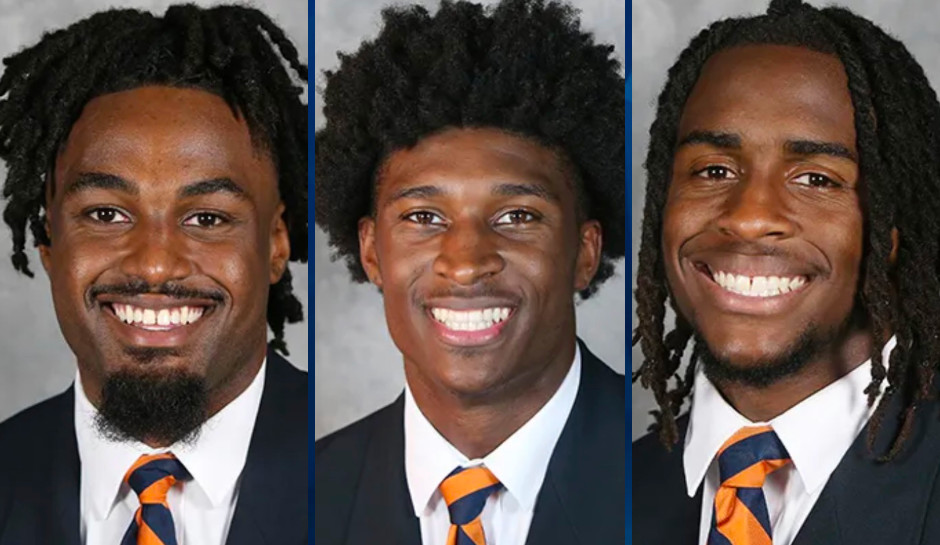 The suspect accused of opening fire on a charter bus Sunday night, killing three University of Virginia football players, shot one of the three while he was sleeping.

Christopher Darnell Jones Jr. appeared in court Wednesday via video and was ordered held without bond, the Richmond Times-Dispatch reported.

Prosecutors told the court that witnesses said Jones appeared to be “aiming at specific people,” including Devin Chandler, who was dozing in his seat as the bus returned to Charlottesville from a class field trip to see a play in Washington, D.C.

Lavel Davis Jr. and D’Sean Perry were also killed. Albemarle County Commonwealth’s Attorney James Hingeley said that Chandler and Perry were pronounced dead on the scene, while Davis died at the hospital.

A fifth member of the football team was on the trip but was not shot.

Jones has been charged with three counts of second degree murder, two counts of malicious wounding, and five firearms charges.

The two wounded students have been identified as Michael Hollins, another football player, and student Marlee Morgan. The University of Virginia Medical Center said one of them was discharged on Tuesday, but the other remains hospitalized in serious condition, WRIC said.

Jones was on the football team in 2018, but never played in a game.

Ryan Lynch, a 19-year-old neuroscience major who was on the bus trip, told the Washington Post that Jones was not in the African-American theater class but had been invited by the professor. Jones was in another the professor’s classes, she said. Lynch said Jones sat by himself on the bus and at the theater and didn’t really respond when she tried to talk with him during the trip home.

Jones is due in court again on December 8.