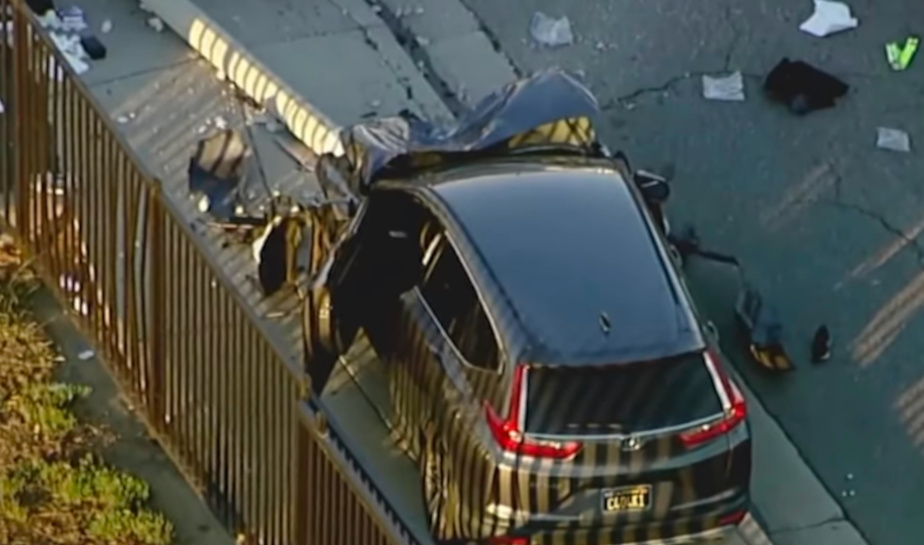 A 22-year-old man intentionally drove into a group of 75 California police recruits on a training run Wednesday morning in Whittier, sending 25 of them to area hospitals, investigators say.

Los Angeles County Sheriff’Alex Villanueva said that Nicholas Joseph Gutierrez was driving an SUV on the wrong side of the road and abruptly swerved into the cadets.

Gutierrez was detained near the scene and was later charged with attempted murder of a police officer.

Investigators have not said what led them to believe he drove into the recruits intentionally, but surveillance video shows the crash. The SUV appears to barrel head on into the group of cadets jogging in tight formation with no indication of an attempt to slow down or avoid the  group.

He said the recruits were with a class assigned to the STAR Explore Training Academy and included recruits from several agencies. Two of the injured trainees were from the Bell Police Department, two were from the Glendale department, and one was from Pasadena. The rest were LA Sheriff’s Department cadets.