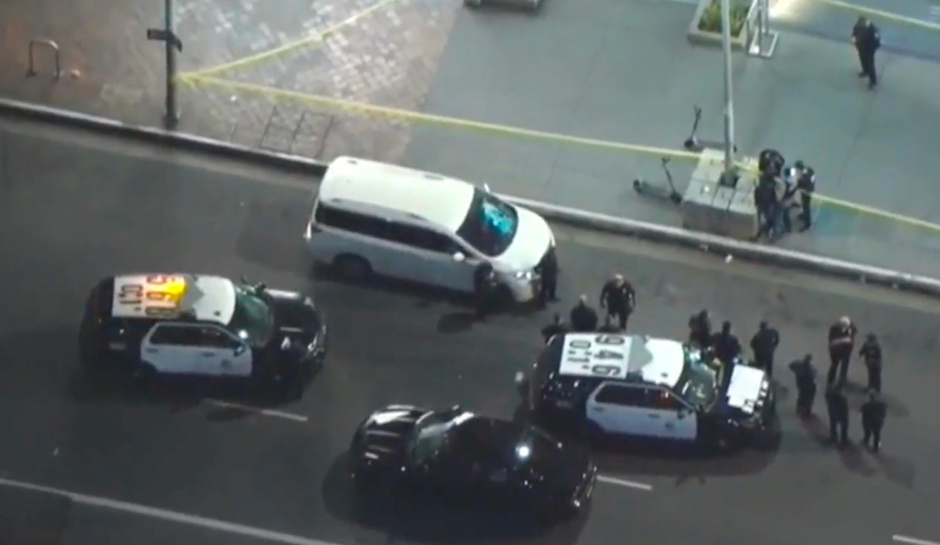 A 9-year-old boy and a 25-year-old woman were suffered serious injuries this week when they were stabbed inside a downtown Los Angeles Target store.

Witnesses said the man began shouting racist comments at customers before he attacked the boy and the woman with a knife from the store’s kitchenwares department, KTLA reported.

The suspect was identified as a 40-year-old homeless man, but his name has not been released. He was shot and killed by an armed security guard after he ran to the front of the store the store and lunged at the guard

Los Angeles Police Department Chief Michael Moore said the incident began just after 6:30 p.m. on Tuesday when the man confronted the boy and told him repeatedly “he was going to stab him and kill him,”

The incident began around 6:30 p.m. when the suspect confronted the boy inside the store and repeatedly told the child “he was going to stab him and kill him,” Moore said.

When the boy tried to get away,  “the suspect, without any further provocation, suddenly attacked and stabbed this young child in the back,” the chief said.

He continued down the aisle and stabbed a woman in the chest. At that point, he went to the front of the store and and was confronted by the armed guard. The security guard at first pulled out a baton, KCBS reported, but the man continued forward with the knife. The guard pulled out his service weapon and fire two or three shots, striking him in the stomach. He was taken to a hospital and pronounced dead.

Another woman had minor injuries to her face when she fell while exiting the store and was trampled.

“The fact that you have an unprovoked attack on a child strikes all of us,” Moore said. “This isn’t something that’s acceptable in Los Angeles and by no means is anywhere near the norm.”