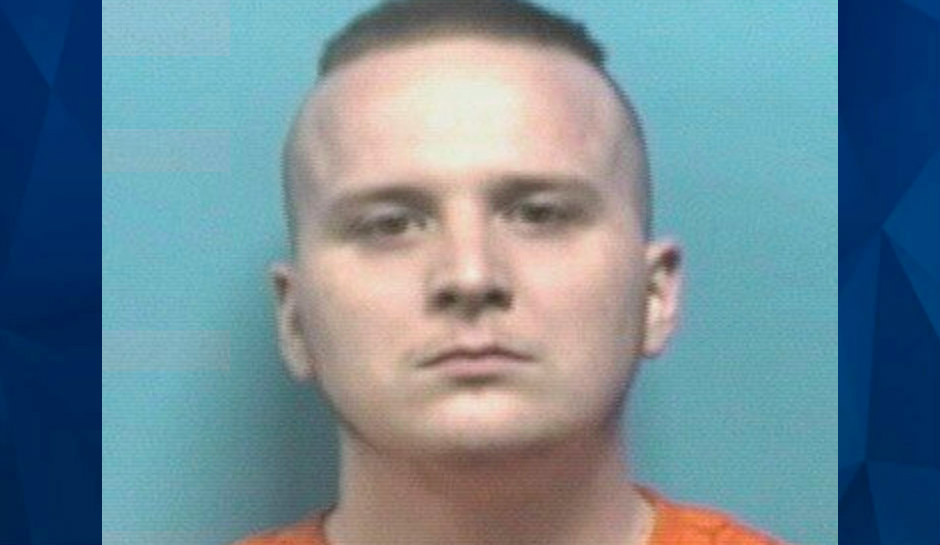 A Michigan man has been charged with murders in Wisconsin and Alabama, two men he met on the Grindr app because he thought it would be an easy way to find someone to kill.

Caleb Anderson, 23, told investigators he “always just wanted to kill somebody,” since he was 14 or 15, according to the criminal complaint filed in the death of Patrick Ernst, 65.

Investigators say Ernst was stabbed to death in his Green Bay apartment on August 1. His body was found after he didn’t show up for work, according to WLUK.

Officers found his apartment trashed and part of the 23rd Psalm written on the wall above his body in the bedroom. On a chair, they found a note that read, “I Am so Sorry..he didn’t deserve this.”

The autopsy on Ernst’s body found 38 stab wounds to the head, neck, and abdomen, with 12 more to his hand and arm, some of which were defensive wounds.

Investigators also found selfie videos and photos with Ernst’s body on a burner cell phone after he was arrested in Alabama for the murder of 52-year-old Dwight Dixon, a man he also found on the Grindr app, which is used by men to find other men for sex.

Anderson said he didn’t intend to have sex with the men  and only used the app to find someone to kill. Anderson stole Ernst’s car to drive to Alabama.

Before the two killings, Anderson told investigators that he attacked a woman jogging alone in Michigan’s Upper Peninsula. He said he considered raping and killing her but changed his mind when he thought about his mother and let her go. He also said he burned a church but couldn’t say where that church was.

Anderson pleaded not guilty to capital murder in Alabama on Thursday and remains jailed there. It’s not clear when or if extradition proceedings will begin to bring him back to Wisconsin.