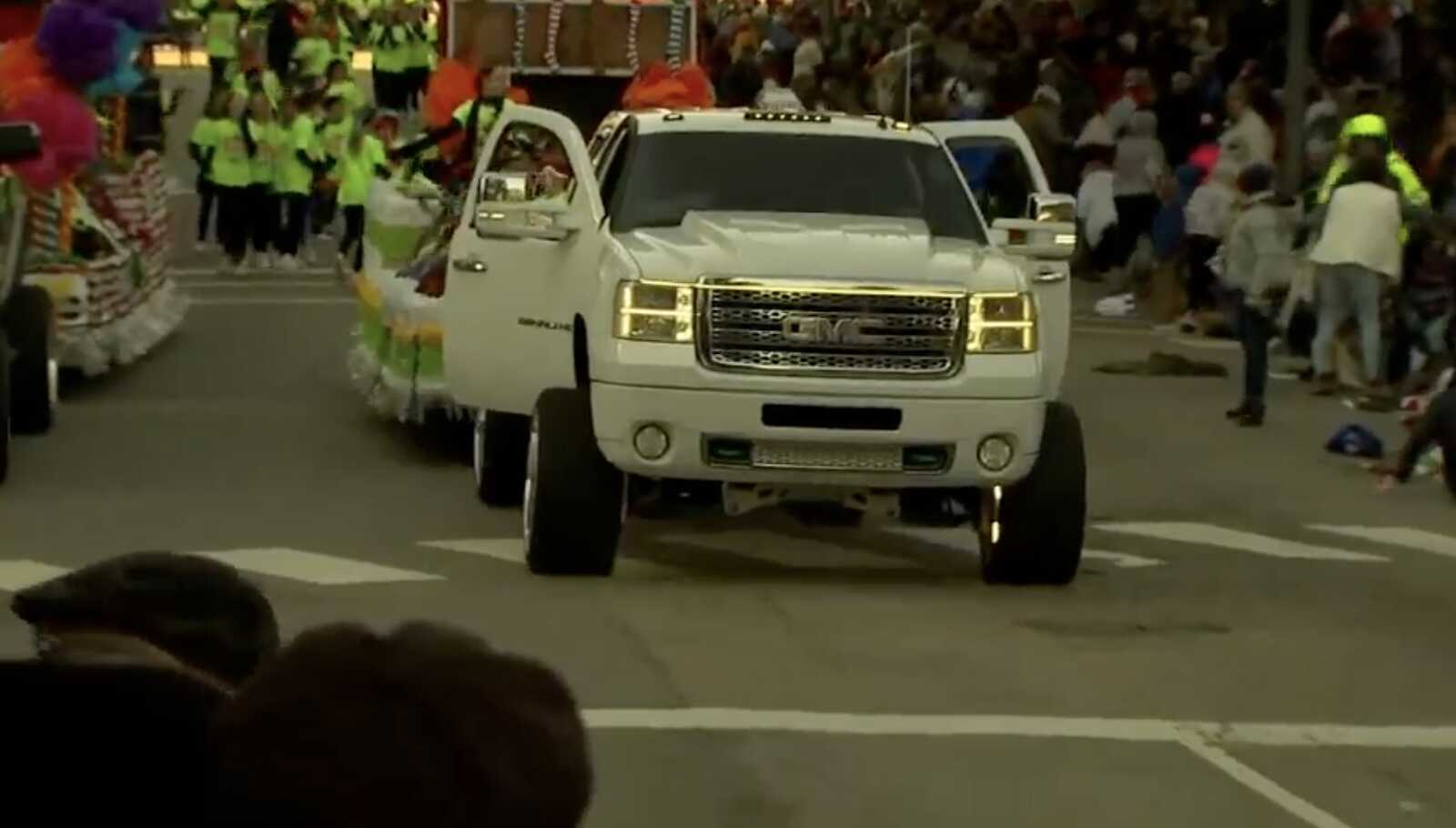 Raleigh’s 78th annual Christmas Parade was cancelled an hour after it began Saturday when the driver of a truck pulling a float lost control and rolled into the back of a group of young dancers, killing one.

Video from the scene shows that the truck, pulling the CC & Company Dance Complex float behind its dancers, appeared to lose its brakes on a slight downhill and began picking up speed.

The driver, later identified as 20-year-old Landen Christopher Glass, shouted out the window that he’d lost the brakes and couldn’t stop and blared the truck’s horn as volunteers tried to snatch children out of the way, WRAL reported.

“[The driver] just couldn’t stop. He was laying on the horn, but the girls just couldn’t hear it because of the music and dancing, and so adults were trying to get kids out of the way as fast as possible,” witness Christine Barnes said.

“The truck wasn’t going that fast, but because the girls had no idea it was coming — they just couldn’t get out of the way. They were at the mercy of someone else moving them out of the way,” she said.

Authorities have not identified the victim or said her age. She was taken to a hospital, where she died from her injuries.

Glass, who performed with the dance troop as recently as 2018, has been charged with misdemeanor death by motor vehicle, careless and reckless driving, improper equipment, unsafe movement, and carrying a firearm in a parade.

“We are still in shock as we write these words to you. This morning’s events have devastated us. We also know that many other young ones witnessed this tragedy and that is hard to fathom as well,” the dance company said a statement Saturday. “We never expected to experience a day like today, and the only thing getting us through is the tremendous love and support we’ve seen expressed among our CC & Co. Dance family.”

Raleigh Mayor Mary-Ann Baldwin said that the parade day “started with such joy.”

“Now we are all devastated by the news of this tragic accident and praying for the victim and her family,” she said. “It is heartbreaking.”